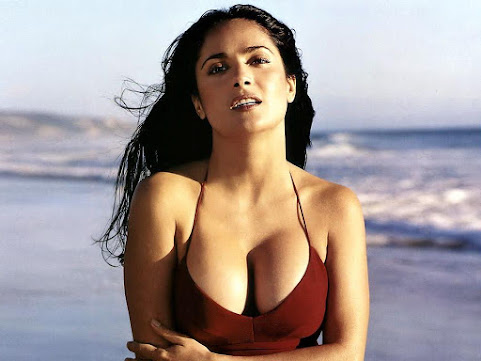 A quick peek at enduring Salma hotness to give us a sense of "place" and highlight the good life of #TBT stars . . .

Page 6: Salma Hayek posts nude photo of herself getting acupuncture

Harper's: Can acupuncture be better than Botox as a subtle anti-ageing treatment?

MONTHS AWAY, BUT TODAY A HOLIDAY , TRADITION IS BACK. CODY: THE ANNUAL HOLIDAY MART STARTS TODAY AT BARTLE HALL. MATT: YOU CAN EXPECT A LOT OF WHAT YOU'RE SEEING RIGHT NOW. A LOT OF CHRISTMAS CHEER INSIDE BARTLE HALL AS WE BEGIN THIS FOUR DAY SHOPPING EXTRAVAGANZA.


The secret's almost out: Why you should start a business in KC before it becomes cool

Kansas City — a lively metropolitan area that straddles the line of Kansas and Missouri — was recently dubbed “The Silicon Prairie” by the Wall Street Journal. Cheesy naming aside, the comparison to Silicon Valley is easily drawn because Kansas City shows signs of becoming one of the country’s top startup destinations in the near future.

OVERLAND PARK, Kan. -- Enough is enough. That's the message residents who live near the old Sears property in Overland Park gave their city council Monday. The store was part of the former Metcalf South Mall, most of which ceased operating by 2014.

"The circus is coming to town." That, in a nutshell, is reason enough for Kansas City actor and comedian John Mulvey to lay his money down for a Bob Dylan ticket. It's a passion Mulvey has pursued since he and his future wife first saw Dylan in a torrential downpour at the former Sandstone Amphitheater in 1989.

Are you already feeling overwhelmed? In definite need of a break? Or feeling stressed? You're not alone. UMKC's Violence Prevention Program, along with Counseling Services, hosted a Snack and Self-Care event last week in the Student Union.


KC art and design firm builds brands from the ground up

Kansas City, MO - You've seen their art - at Boulevard Brewing Company, Spin! Pizza, on your Sonic cup, and even at the Macy's Thanksgiving Day Parade. And it was designed right here in Kansas City. Campaigns created by the artists at Carpenter Collective are everywhere, and cofounder Tad Carpenter says that originality and innovation have set his firm apart from the pack.

What kind of drugs are they on at Startland News or are they just drunk all the time from the free beer?

No advertising isn't art. The art of swindling people out of their money at best.

When Salma sauntered on the beach, even the sea sprayed wildly!!!