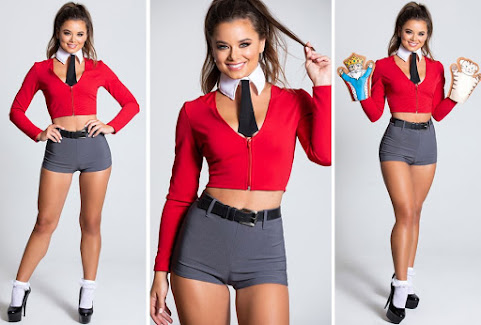 And after the jump we share an assortment of news item treats worth a click and consideration from our often tricky blog community . . .

Like many districts, administrators in Kansas City Public Schools are battling to keep students in school.Now, they're using special research to push parents and kids in the right direction.The root cause of chronic absenteeism varies widely from student to student.

The spirits of the Vaile Mansion are coming out to play this Halloween.

Boulevard Brewing Co. turns 30 on Nov. 17, but it still finds itself tapping into the creativity and hard work that helped it survive countless challenges through the years. John McDonald founded Boulevard in 1989 after raising about $750,000 in equity, the only time in its history the company raised money from investors.

A patient who sued the University of Kansas Hospital for fraud and negligence, alleging she was misdiagnosed with pancreatic cancer and the hospital covered it up, quietly settled her case last year on confidential terms. Although the settlement was sealed, KCUR has learned that the Kansas agency that provides excess insurance coverage for medical providers - insurance over and above the providers' primary coverage - agreed to pay out $1.8 million on behalf of the hospital and the doctor who made the misdiagnosis.


A tough year for Missouri farmers

It's been a stressful year to be a farmer. Just ask Jay Schutte, who grows corn and soybeans on 2,800 acres in Audrain County in central Missouri. First came the rains that brought devastating floods to the Midwest and delayed planting. That meant hoping for a long growing season, so the crops had time to mature.


As Growth Slows, The Economy Is Falling Short Of Trump's Target

President Trump is counting on a strong economy to help him win reelection next year. But new numbers due from the Commerce Department on Wednesday are expected to show the economy lost steam during the summer and early fall.


Prosecutors: More than 220 pounds of methamphetamine seized in KCK area

Prosecutors say federal agents seized more than 220 pounds of methamphetamine in a drug trafficking bust in the Kansas City, Kansas, metro area.U.S. Attorney Stephen McAllister said in a news release Monday that 14 defendants are charged in the case."Opioids are often in the news," McAllister said.

TOPEKA, Kan. - Topeka Zoo officials say a 30-year-old Malayan sun bear was euthanized after suffering from several age-related medical conditions. The female bear, called Cup Cake, was euthanized Monday. She and a bear called Ho Ho came to the zoo in 2017 after their exhibit at a previous zoo was closed for construction.

Oct. 26, 2019 State Auditor Nicole Galloway today urged the five other statewide officials to join her in encouraging the legislature to strengthen the Missouri Sunshine Law by banning the use of self-deleting applications for public business. She did so in a letter sent today to the Governor, Lieutenant Governor, Attorney General, Secretary of State and Treasurer.

KANSAS CITY, Mo. -- It's enough to make one metro business owner fuming mad. An act of carelessness has left part of his car wash unusable, and he wants to know who did it. When Dennis Nash saw his security cameras on his mobile app, he couldn't believe it.


Are you a 'snowplow parent'?

KANSAS CITY, Mo. -- It's the latest buzz phrase in parenting. They're called 'snowplow parents', because they will go out of their way to make their kids lives easy - too easy - and push all adversity and problems out of their way.

I’m buying that outfit for all my women!

^^Sure you are pops, sure you are. You're here. You have no women.

The Anne Frank costume is still the best !

I got all excited for a minute. Did not see the "r" in "treats".