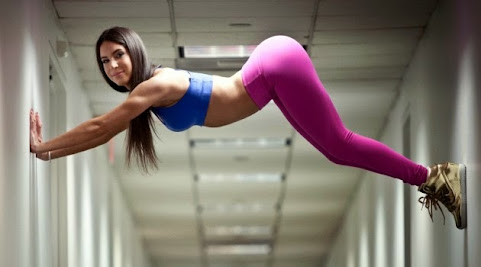 Amid the epoch of yoga pants, booty pix & #MeToo, we share this peek at pop culture goodness for adults working late or simply need an activity to distract from cursed family time . . .

Nation: #MeToo Is a Story of Corruption

Daily Mail: 'The softest, comfiest, most practical thing I have ever worn': The £20 yoga pants that Amazon shoppers are going crazy for

UST: Viral photo appears to show a starfish with a big butt. An expert disagrees

Closer to home, here's a quick list of our favorite community and local news links of the day . . .

For 10 years, Kansas City police have been part of an innovative program to prevent domestic violence homicides by predicting which victims are most at risk.It's called the Lethality Assessment Program.There was a day that police did not get involved in domestic violence situations.

KANSAS CITY, KS (KCTV) - Fire investigators in Kansas City, Kansas, say they won't know what caused a massive explosion in a townhome until at least Tuesday. The blast nearly leveled the structure just after 11 p.m. Sunday, and people living nearby who were cleaning up Monday day said they were still shaken from a terrifying night.

KANSAS CITY, Mo. - The Missouri Department of Transportation is using Halloween to help make a point. MoDOT tweeted a picture with references to the movie "Ghostbusters" and distracted driving. The picture shows Slimmer and the Stay Puft Marshmallow man standing next to a digital road sign.

KANSAS CITY, Mo. - Patrick Mahomes was back in the Kansas City Chiefs' practice facility Monday, going through some extensive pool therapy and other rehabilitation exercises on his injured right knee. That alone was a good sign for the reigning league MVP.


Warmer, but breezy on Tuesday

Destroying the planet one bucket list item at a time.

On Casual Fridays, Ginger routinely set off the fire alarm with her smoking butt!!!

'yoga pants', that become exponentially more popular with the rise of metoo movement, are not really pants, they are thick, open-foot pantyhose.

IMO good for yoga, or keeping your thighs in place while you go for a run, but not much else.

90% of the people who wear yoga pants in public shouldn't.