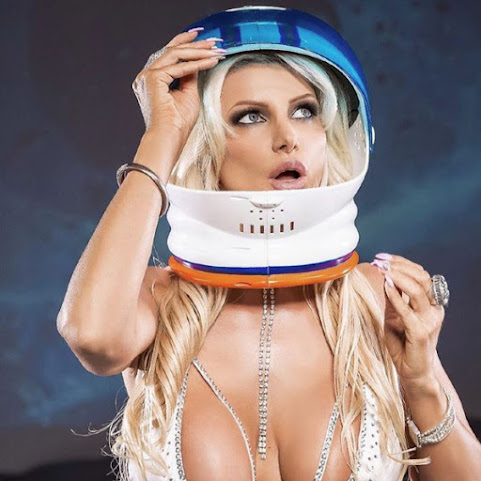 Accordingly, she inspires this quick peek at the pop culture . . .

MarketWatch: For a great temporary side-gig, consider being a census worker

Closer to home and for our late denizens, here are community and nicer news links to ponder and check tonight . . .

A new administration equals a new spin on established ideas, Nia Richardson explained, previewing the launch of Kansas City's InnovateKC program. "I literally had a 45-minute conversation with [former city innovation officer] Bob Bennett before he walked out the door.

The Savoy executive chef Joe West has amassed an extraordinary lineup of chefs for his very first No Kid Hungry benefit in Kansas City, which takes place Nov. 5 at The Savoy at 21C. With several James Beard nominations and awards between members of the group and a diverse range of cuisines and cooking styles, the meal should surprise just as much as it satisfies.

Chiefs quarterback Patrick Mahomes planned to throw in practice Wednesday, raising the possibility the reigning league MVP could return sooner than expected from a dislocated kneecap.Mahomes hurt the knee on a quarterback sneak Thursday night in Denver.

KANSAS CITY, MO (KCTV) - Despite being the defending Big 12 champion, the Kansas State Wildcats come into this year ranked eighth in the preseason poll, and the team says that's just entirely too low. "We know that we've been underdogs for a long time. We always exceed our expectations.


Your Guide To Hand-Crafted Carousels In And Around Kansas City

This article originally appeared in KCUR's Arts Adventure newsletter. You can see the archive here. Or, you can subscribe here to receive it every Tuesday. Step right up, ladies and gentlemen, boys and girls, for a tour of nostalgia, charm, craftwork and childlike joy.


Mexican Artist Returned to the U.S.-Mexico Border He Crossed as a Child

It took months of travel, run-ins with Border Patrol and a press pass from a San Antonio newspaper for curator and artist Israel Alejandro Garcia Garcia to produce two Kansas City-based exhibits on border crossings. "Bordes Carnosos/Border Carnage" at the Metropolitan Community College Penn Valley Carter Art Center and "Border Crossings" at the Midwest Genealogy Center mark the beginning of a larger project.


Much colder air settles in Thursday

Hide Transcript Show Transcript OVER THE CENTRAL PLAINS 62 IN THE NEXT HOUR DOWN TO THE 50S BY 8:00 P.M. AND BY TEN O'CLOCK WHEN WE CHAT AGAIN 52 DEGREES, THEN WE'LL STILL BOTTOM OUT BY TOMORROW MORNING 238 STRONG NORTHWEST WINDS BECOMING MORE NORTHERLY LOW 40S FOR MOST FOLKS MIDDLE 30S UP TOWARD MARYSVILLE AND TURKEY.

Saw a comment earlier about how we're really at 124 murders. Hope that the incoming cold can keep that number down.

A tough and early winter is probably the best hope we have of keeping more people alive given that Kansas City "leaders" don't seems to have a plan to address the situation. Just more press conferences and conversation.

TOP PHOTO
Who are you calling a "Bubble Head"?

12:00am. Please give our "leaders" one constructive thing they can do to stop an immature idiot from shooting someone with the illegally owned gun ? We are waiting.......

^^^
Hire more police and double the coverage in the sixty square block area of the urban core where the vast majority of the murders take place.
Officers in East Patrol currently race from one call to the next, particularly between midnight and daybreak.
Stop and frisk and confiscate illegal weapons found.
But first, the "leaders" have to have the guts to actually accurately define the problem and stop the superficial nonsense of making believe that the KCMO violence is a state-wide or even a city-wide issue and offering irrelevant "proposals" like taking guns from "teens".
Almost 90% of the homicide victims in KCMO are black and the percentage of perpetrators is at least as high.
The problem is a small minority of a minority population.
Reducing the murders in that specific area would reduce KCMO homicides almost one-for-one.
Fewer tweets and more guts would be a good start.