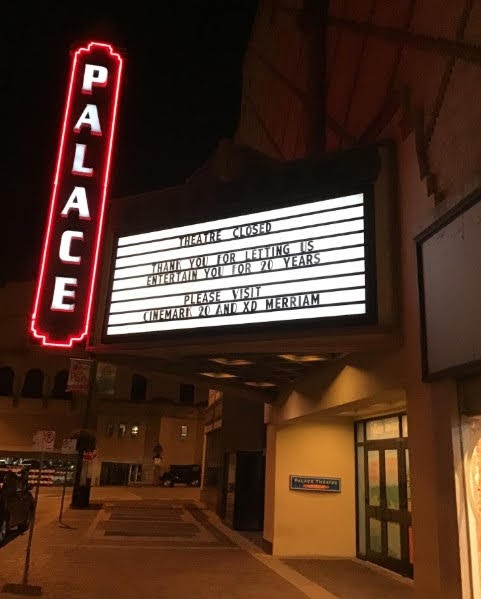 Regarding the subject of late night local movies . . .

The Plaza Cinemark Theater shutting down in 2019 was a milestone moment that came far too late to save quite a few businesses hurt by unruly youngsters pretending to go to the movies.

Similarly, locally-based company AMC getting into the streaming movie game crowds the marketplace even further in an era when nobody wants to leave their couch.

For our beloved late night denizens we offer a glimpse of online movies and motion picture content geared toward Kansas City audiences.


Foreshadowing for the late night: This week, on “The Franchise”, running back LeSean McCoy has already transitioned seamlessly into the Chiefs backfield, but he has officially found a home in Kansas City. Adversity strikes the Chiefs Kingdom with back to back losses and we hear from the “Honey Badger”, Tyrann Mathieu, about how the defense plans to turn it around. And finally, in times like these, it’s best to reset the mind, and we take a short trip down memory lane with linebacker Damien Wilson, on where his journey to the NFL began.


The Weekly Report provides news and insight about Kansas City, Mo. programs and services provided by City departments. It's also the most convenient round-up of all the latest KCMO propaganda from City Hall.


The caption: "Kansas City MO went STUPID 🔥" sums it up nicely as these drifting denizens of the NEXTGEN offer a glimpse of local sporting life outside the mainstream.

^^^^ Shhhh. They've got a new version of Fortnite out. Hold your water.

Tire manufactuers must have started that "drifting " trend to boost their sales.