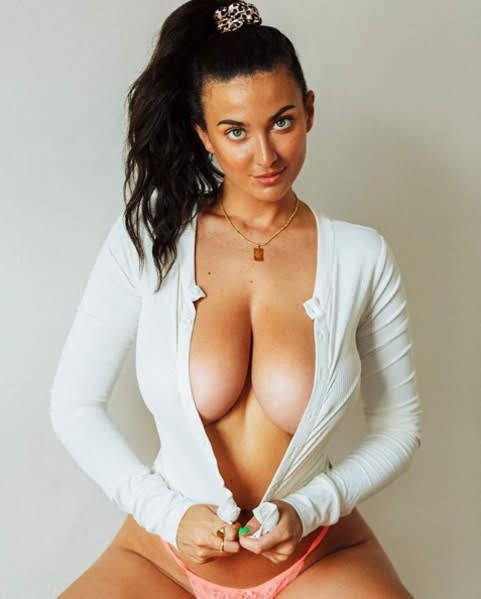 Guardian: 'Everyone passes the buck': despite #MeToo, fashion has a way to go

Closer to home, here are the local news links also worth a peek:

REPORTER: THE NUMBERS ARE STAGGERING. 43% OF METRO AREA SCHOOLS FALL SHORT OF NATIONALLY RECOGNIZED ATTENDANCE GOALS. THAT'S 90% OF STUDENTS IN ATTENDANCE 90% OF THE TIME. WHY? DISTRICTS ARE FINDING OUT, THERE ARE MANY REASONS AND NO ONE SOLUTION. FIND THE COST OF SEVEN PLANTS.

KANSAS CITY, Mo. - Johnson County Community College culinary students practiced their skills and gave back to the community on Thursday. They prepared a special breakfast for homeless clients at Hope Faith Ministries, which is located at East 7th Street and Virginia Avenue.

INDEPENDENCE, Mo. -- A kind gesture led to an unlikely friendship between a sanitation worker and an elderly woman in Independence. Colette Kingston often monitors movement around her 88-year-old mother's home on East 8th Street South. She had a Ring camera installed to check on her mother, Opal Zucca, who has dementia.

More than 100 onlookers - some neighbors, others just passing through - gathered in the street, along the sidewalk, and on lawns Saturday afternoon outside Ruben Alonso's Union Hill home.


"Look Me In The Eye: Portraits of Kansas City," Epsten Gallery - KC STUDIO

Jam-packed may fairly describe the installation at the small Epsten Gallery. Without much room for the art to breathe, the gallery goer's experience can feel chaotic and the strength of the individual work may get lost, so, take your time because there is typically a lot to love about Kansas City artists.

KANSAS CITY, Kan. -- A survivor of the Tequila KC shooting is recovering from his injury but is now facing a new health crisis. Gustavo Lara was enjoying a night out when two men walked into the bar and opened fire. One has been arrested, but another still eludes authorities.

Broncos preparing for Patrick Mahomes, Kansas City's 'great improviser' | Broncos.com "I think he's like John Elway was in the '80s and '90s," Fangio said. "He's that guy. Like Aaron Rodgers has been for the last 12, 14 years - however many years he's been starting. He's kind of that guy.

All you old creeps trying to use your limp dicks to wack off to Tonys dirty pictures make me laugh!

^^^^ projecting. That picture ain't dirty, you can't even see them nipples!

Porchfest give it a break already no one in their right mind want that carnival freak show coming to the neighborhood. If it's so popular how come it isn't in Mission Hills or some other upscale area?

Tony's pictures of the women isn't dirty or degrading. What's degrading is you losers who jump up every so often telling Tony he is wrong for doing so or making other snippy comments about it. Grow up and stop acting like 5 year olds.

6:31:
You thinking, for even a second, about old limp dicks "wacking" off seems to trigger the perv in you. Which wouldn't take much.
Petticoat Junction is on. Go and jack it over Bobbi Jo.

TOP PHOTO -- WHO LET THE DOGS OUT?

When Joey took her sweater puppies out for some air, she didn't get far before everyone wanted to pet them!!!

Faggots who use the term "geezer"

^^^You're so old you think faggot is a bad word. Get you some Grip, you really seem thirsty for that dick.

despite the supposed evolution of humans and civilization, every year there is a new batch of brainless 15 year old boys that do not know what to do with their dick, and tony is there to help them with their future and the teen girls they pregnant.

These are women with children!

if it's just tits men shouldn't care if all women went to work with their tits hanging out.

and then little ms hope plopped her tits on the table and said like she had been taught, they are just tits, for a dollar.

and when she spreads he legs, it's just a pose.

and then she pressed on the feed button and got another pair of shoes.

fine with me if women can go topless at the beach, making tits more mundane, but you get threatened with citations.

tkc acts like he was bottle fed as a baby.