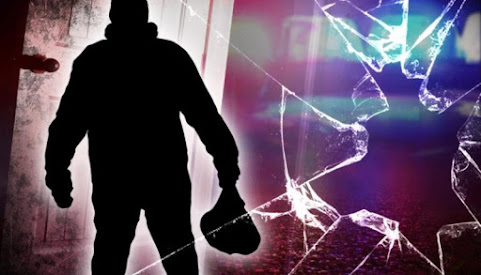 Progressive demonization of gun ownership and continued gun crackdowns only serve to keep vulnerable populations even more defenseless in high crime areas. This strategy is gaining momentum in Kansas City and across the nation as election 2020 ramps up.

Beto O'Rourke brags about taking guns away and across the board most Democratic Party supporters demand greater gun control from the next President. Here'in KCMO the former mayor constantly decried Missouri gun rights and new mayor Quinton Lucas started his gun takeaway efforts with a popular youngster crackdown with more anti-gun legislation on the way.

Sadly, even the KCPD Chief of Police advocates more stringent gun regulations than ANYTHING currently under consideration at the national level.

Like it or not, gun ownership seems to be regarded negatively by our political leadership and as a privilege targeted for restriction rather than a CONSTITUTIONAL RIGHT protected by our system of government.

"The incident happened at a home along Tennessee Avenue around 2 a.m. Police said when the burglars forced their way into the home, gunfire was exchanged. Two people inside the home were hit. The burglars took off from the scene. A child was sleeping in the basement of the home at the time of the incident, but the child was not injured."

Fox4: One person fighting for their life, another injured after exchanging gunfire with burglars

KSHB: Police in Kansas City, Missouri, are looking for two men they believed broke into a house and engaged in a shootout early Monday morning.

^^Really dummy? Name one place where they've ever take guns away? Huh? God, gun-dummies are the worst!

I was gonna add Bernie but he's one of the few Democratic Party candidates who isn't anti-gun.

The anti-gun faggots like Beto and Quinton will never succeed and they know it. They are only trying to create the illusion that they care about gun violence.

^^and yet they're actually out there trying to make a difference and you're here. Faggot. Weird.

^^Shut up you faggot, your stuid comments and weird tags is beyond ignorant acting.

They are not trying to do shit they are simply losers just as you are.

Sorry but it's a fact. Democratic Party wants to limit gun rights, they're using mass shootings as the excuse to try and take 2nd Amendment rights from everyone.

Bernie is marginal because at least he didn't vote against the AR-15 take away but make no mistake, all of the Dems don't really like the average citizens with guns. Only their armed guards.

we need universal gun control. That is a fact. The status quo will NOT stand and it's not sustainable. Sorry. One of many reasons to vote Trump out.

Sorry, but universal gun control is unconstitutional on its face.

I doubt the invaders picked this house at random. I look forward to the crack reporters at the Star getting to the bottom of the story. It might require them to separate butt from chair, so the prospects are not good.

Chimpy old chimp! You don't need to worry your monkey head about guns. This isn't Planet of the Apes! Lol

Chimpy, maybe they don't show debates in the zoo. Beto said he was coming for guns if he got elected. Then he had to walk it back because he's a pure idiot.

11:41, but YOU wont be there to help when my family is attacked. Weird.

Not weird at all. Why would I defend apes in the zoo, Chimpy? Surely you have security for that. Lol

12:04...if you are not willing to defend anyone, then keep your hands off their guns. You stupid fool.

Oh, Byron FunkyMunky, quit faking like you're the real Chimpy-shamer, ya weirdo!

Yeah I am sure the burglars guns were legally owned and registered.

Given the KCMO Police Department's inability to clear crimes- especially homicides why would anyone want to hand over their guns. The local police Department cant or won't protect you.

The funny thing is this: The people who want to take guns away are pussies and homosexuals who don’t have the balls to actually take them away. Like Quinton or Beto or any other liberal cunthole.

YA zero gun tolerance has done wonders for Mexico and Brazil south africa and CHICAGO DC. CALI has almost zero. I like that the gun grabbers say that cops are the only ones who should have guns then in the next breath say ALL COPS ARE BAD. I can make my own guns and bullets out of scrap metal. HOW YOU GOING TO STOP THAT?

If you were a criminal, would you turn over your weapon to Beto? If you were a good guy would you turn it over? Beto and Joe and good old Liz would last about minutes in a lot of KC neighborhoods. Do I have a gun? Well, you just never know. That's why I am still alive. Unfortunately, that is the way of the world and always has been.

Beto may be weak but at least he doesn’t suck cock like mayor Pete.

Yeah, another gun law would have stopped this.

All you Gun Screamers better get busy and invent a Time Machine so you can go back to 1934 and stop the Gun Control Acts if you truly believe that the Constitution protects your right to own any firearm you want to.

And you'd better then go after those traitors Ronald Reagan and the Republican majorities in Congress that passed and signed the "Brady Bill".

Then make another stop to thwart the "Patriot Act" that G. W. Bush signed.

That's the only way to stop "violations of your Constitutional Rights to keep and arm Bears", despite the NRA's hysterical blather!