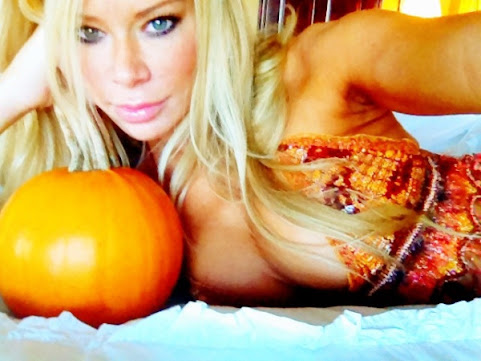 That's old school pr0n hottie Jenna Jameson from not so long ago as she vlogs about her keto diet and copes with her baby daddy drama nowadays . . . Closer to home we want to share a few more news links that don't quite fit anywhere else this morning . . .


Snow is over, cold for trick-or-treating Thursday night

KANSAS CITY, Mo. -- A teenager is fighting for their life after a roll over crash early Thursday morning. The crash happened before 7 a.m. near 42nd and Prospect. First responders said the driver and another teenager int he car were on their way to high school.

KANSAS CITY, MO (KCTV) -- Megan Phelps-Roper thought she had an ordinary childhood. But growing up in the Westboro Baptist Church was anything but ordinary. "I would go out with my family to these protest from the age of 5," Phelps-Roper said. From a young age, Roper was on the front lines of the Westboro protests.

KANSAS CITY, MO (KCTV) -- Mayor Quinton Lucas announced a proposed ordinance Wednesday morning to keep guns out of the hands of domestic abusers. In May 2005, Liz Donnelly's life changed forever. "This is my daughter Jenny. She was murdered on May 11, 2005," Liz Donnelly, who is the mother of the victim, said.

KANSAS CITY, Kan. - A 74-year-old Kansas woman who helped defraud people facing foreclosure on their homes has been sentenced to a year and a day in federal prison. Federal prosecutors said Ruby Price, of Bonner Springs, was sentenced Wednesday for conspiracy to commit mail fraud and wire fraud. U.S.


Kansans Have More Options Than Ever On The 2020 ACA Marketplace, But Read The Fine Print

TOPEKA, Kansas - The 2020 federal marketplace for individual health insurance includes more options than ever for Kansas, and premiums for some of those plans are less expensive than 2019. But for the second year in a row, all of the plans will leave consumers footing the full bill for most out-of-network care.

PLATTE COUNTY, Mo. -- A former custodian for the Ray-Pec School District is behind bars, accused of soliciting a person he thought was a teenage girl for sex. Joshua Everitt, 40, is charged with one count of attempted enticement of a child in Platte County court. On Sept.

As Jackson County officials look at ideas for a possible new county jail, they face a shifting landscape. Some local programs such as Drug Court and house arrest work well and could be expanded, but others need to be retooled, 16th Circuit Court Presiding Judge David M. Byrn told county legislators this week.

Asked if she preferred pumpkin seeds raw or roasted, Jenna said she could go both ways!!!

The Westboro lady is betraying her family for money.

"A teenager is fighting for their life." I remember when "their" was plural, and when journalists were expected to write well. Now, neither.

^^Great. Thanks for that. You're really old. Adapt or go into the light.

There's literally 10 people in Westboro total but they get media coverage like they're some large network of thousands of people across the country.

Down to the basement 10:12. Gramps is coming over. He might turn a light on this time.

9:33 the answer is quite simple, fool. Because if someone will betray their family for money they will certainly betray YOU for money if the situation arises.

You are going to end up a cuck. (If you aren't already.) Maybe you should check on your girlfriend. Hahahahahaaaaaaaaaaaaaa!!!!!!!!!

^^You wish you had a girl. Your wife's dead! Hahahahahahaha!

If they leave their family because they are bigots they are not betraying their family. This region has a massive subculture of bigots that causes a lot depression and suicide. Westboro is not the exception but the norm.

Jeebus, everything east of Troost suuuucks.