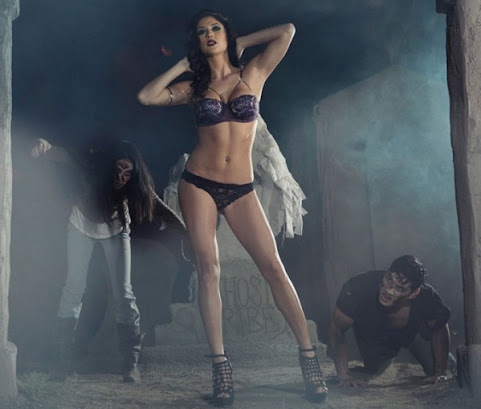 BBC: For these women, it's Halloween all year round

NBC: This Halloween, remember witch hunts were created by a patriarchy terrified of older women

Closer to home, here are more than a few community nicer news treats for our blog community . . .

KANSAS CITY, Mo. - Port KC is in negotiations with a local developer that could lead to the construction of two, 10-story towers along the riverfront in Kansas City. In a letter sent Monday to the Port KC Board of Commissioners, Joe Perry, Port KC's vice president of development, spoke of several pending projects along the Berkley Riverfront.

KANSAS CITY, Mo. -- A Kansas City muralist is giving back to the homeless shelter that helped him get back on his feet. Artist Alexander Austin said City Union Mission saved his life when he fell on hard times after moving to KC.

Photo by Zach Bauman. Black Dirt, the South Plaza restaurant from James Beard-nominated chef Jonathan Justus and his wife, Camille Eklof, will close November 7, according to a Facebook post today. "We want everyone to know that Black Dirt's last day will be Thursday, November 7th," Justus says.

KANSAS CITY, Mo. -- The Royals announcement Thursday that Mike Matheny would become their next manager doesn't come as a surprise to the organization's fans. Matheny's already been working as a special adviser with the organization for about a year. Before that he was across the state in St.

Kansas City College Women Off Track After Shut Down

KANSAS CITY, Mo. - It's not injuries that are keeping dozens of Kansas City student-athletes from their sport. Avila University announced on Friday it would eliminate its indoor and outdoor track and field program. "Avila University has eliminated the track and field program effective spring 2020 due to budget considerations," the Kansas City, Missouri-based school said in a statement.


Matt Moore hopes to come out playing faster vs. Vikings

After the 31-24 loss to the Green Bay Packers on Sunday, Kansas City Chiefs quarterback Matt Moore was honest: he admitted he felt "a little nervous" to begin the game, and that could be seen in his numbers between the first and second quarters.

When you set foot in the John Wornall House Museum, it's like entering another century.During the bloody Battle of Westport in 1864, both Confederate and Union armies used the farmhouse as an emergency hospital, and amputations occurred in home's sitting room with the battle raging right outside.Many of the bloodied, wounded and dying soldiers were left lying on the floors of the home.

So Black Dirt bites the dust?

Before Port Authority gives more Tax Money to a Developer to build in Riverfront Park, shouldn't they do something about the open cesspools in KCMO across the River?

This is annually listed as the worst air pollution site in Missouri, but Ingredien (or whatever Corn Products is calling itself these days) never has to do anything to fix the stench.

I can't imagine what the idiots who bought into the "Luxury Condos" built on the old KCP&L Coal Tar dump thought the first time they walked out to their cars and started gagging on that reek!