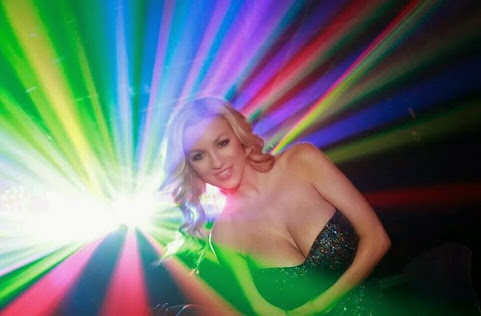 As always we give high praise to hottie Jordan as we realize she's influenced the pop culture more than she'll ever know . . . But on the topic of females dancing their way to greatness . . . There's one pop culture news link that stands above all others right now . . .

Share with every young lady in Kansas City not only to increase the quotient of joy in the world but also because any dude who leaves a nasty message for a young woman deserves to be clowned.

The leadership at T-Mobile and Sprint will be responsible for bringing together more than 80,000 employees - a gargantuan task that, regardless of the size of the companies involved, is one of the most difficult aspects of mergers and acquisitions (M&As).

OVERLAND PARK, KS (KCTV) -- The Overland Park Police Department released video of the accident that happened on Thursday morning in which several children and an adult were hit by a vehicle. We want to warn you that it is graphic, but we are showing it to highlight the traffic laws that were violated.

KANSAS CITY, Mo. - Downtown Kansas City, Missouri, may be the big winner in the U.S. Department of Agriculture's decision to relocate some of its offices to the KC area from Washington. Port KC will consider will consider a motion to create an Advanced Industrial Manufacturing Zone at 805 Pennsylvania Ave.

KANSAS CITY, Mo. - A Johnson County priest was found guilty of stealing from his parish over the course of six months. Rev. Joseph Cramer, 69, pleaded no contest on Friday to felony theft, meaning that he acknowledged the evidence against him but did not admit guilt.

The Royals suffered their second consecutive 100+ loss season, but that doesn't mean the year was all negative. There were a few bright spots to give us some smiles, so let's look back on the best moments from the 2019 season.

No problem at all integrating the Sprint employees into T-Mobile after the merger... "you're now a T-Mobile employee, if you don't like the way things are done, leave"!

The smart ones left Sprint years ago, the remaining ones will do as they're told or learn to cook French fries.

Plus, Overland Park gets a big boost in "available office space" out of the deal - should do wonders for KCMO's Downtown office occupancy rates as well.


The American Red Cross and The Salvation Army cut their own throats by moving their fund raiser out of Trump's resort. American Red Cross went to a smaller venue and didn't raise as much money as they did before, all over a protest to Trump. That means they care more for political views over raising money to help people. This is all after Trump donated 1M dollars to them and these charities are also refusing to work with Melania Trump. What kind of charity organization puts politics in the way of helping the poor. If they cry this year of being short of money it's because they caused it. I refuse to give anymore money to them.

REV ADMITS TO FELONY THEFT. THE REVS IN JOHNSON COUNTY ARE AS BOUT AS CRIMINAL AS THE BLACK REVS IN KANSAS CITY MISSOURI. INTERESTING... USING GOD FOR ALL SORTS OF ILLEGAL ACTIVITIES.