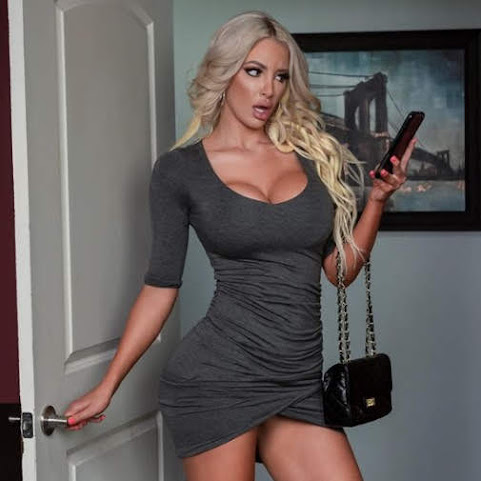 Right now we realize that it's all bad news out there but we remain inspired by Brazzerz hottie Nicky Shea because pop culture is pr0n and pr0n is pop culture . . . Checkit:

IndependentUK: Bella Thorne has directed a pr0n film – but is it ‘visionary art’ or just another masturbatory aid?

KANSAS CITY, MO (KCTV) - On Thursday, it was announced that Tammy Queen has been named the director of finance for Kansas City, Missouri. She replaces Randy Landes, who retired on Sept. 13 after 30 years of public service. Queen has been with the city for 24 years, serving as city treasurer prior to becoming deputy director.

Four and a half years after Mission Bowl was closed by a fire, the building housing the 24-lane bowling alley still stands like a nasty 7-10 split. However, the Mission City Council could be preparing to clean up the site at 5399 Martway St., which Jim Brown, a city building official, determined was a dangerous structure in July.

In August, Kansas City leaders were told the new KCI airport terminal workforce included 3% of Kansas City, Missouri residents. The developer, Edgemoor, expects that the number of KC workers will increase as the project expands during the 5-to-6 million work hours it will take to build the new terminal.

Photography by Jeremey Theron Kirby Sam Shewmaker looks stunned. It's not the flurry of blows the boxer took in the second round of his match; it's the fact that the fight is already over. He walks toward his corner, jawing at his trainer, arms outstretched in confusion.


Hundreds of lambs to be shown at American Royal Livestock Show


Autumn could be the best time to buy a house

Kansas City, MO - Spring and Summer are typically the hottest times in the housing market. But real estate agent Jared Dunn with Berkshire Hathaway Home Services says home buyers face less competition in the Autumn. "It's more about the mentality that there's more stuff going on and people are more engaged in other activities this time of year.


Warmer, windy for your Friday

The low will fall back to near 50 degrees. With the approach of a strong warm front, we will see gusts up to 40 mph during the afternoon Friday, along with temperatures in the low 70s. There is a chance for rain late Friday night that will linger as sprinkles Saturday morning, which could affect the start of the Kansas City Marathon.

The idiots of the Hellhole of the Midwest

Tammy Queen? She might work out who knows its to early to tell, but this city is already FULL of Queens! Does she eat pussy? I bet she does! is she a demofuck? I bet she is! Will she be indicted in less than 5 years and fired for embezzelment? I bet she will be! I might be wrong, but what I am right about is - Thats one ugly white Bitch!!!