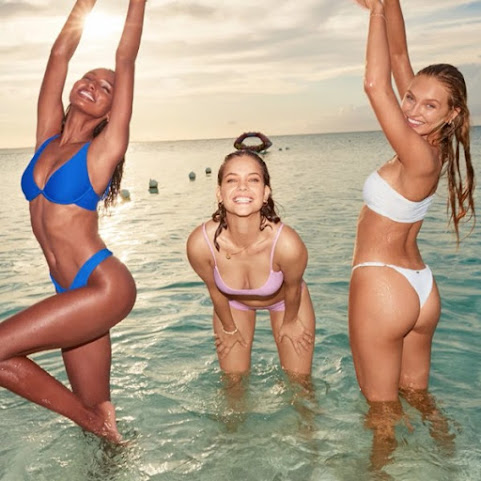 More like mid-morning but the sun is still trying to peek through as hotties inspire our pop culture peek for right now . . .

Forbes: Victoria’s Secret Will Weigh Down On L Brands’ Stock In The Near Term, But Significant Upside Potential Remains

KANSAS CITY, Mo. - More than 700 students in the Kansas City Public Schools are being matched with with role models in the community as part of the district's mentoring program, which launched two years ago. The program pairs students with adults in the community to help inspire, encourage and guide them to success in school and in life.

Mark Bauman left his executive post at Aviation Technical Services and moved to Kansas City last year, lured by a management position at outdoors company Bushnell. "For me, it was a career opportunity," said Bauman, a former Woodinville resident. "But there were personal aspects of life in Seattle that made my decision a lot easier."

October 2 Boyz II Men Before Lil Nas X's "Old Town Road" spent 17 weeks atop the Hot 100, Boyz II Men held the record for their Mariah Carey collaboration "One Sweet Day" - and for "I'll Make Love to You" before that and "End of the Road" before that.

The Kansas City Royals are in a wonderful spot. I know it does not seem like that because they are currently pumping out 100 loss seasons at the same alarming rate that Chuck Lorre pumps out terrible sitcoms. But, hear me out. The Royals have a new owner and they will soon have a new manager.

A KU journalism professor is at the forefront of research into how climate change stories are framed by journalists based on where on the globe they are working. The greatest divide occurs along the lines of relative wealth and economic development.

NOT PUTTING IT OUT THERE. THIS MORNING, JILL OUT THERE -- CHILL OUT THERE. YOU WILL FEEL THE CHILL. 40'S ON THE MAP, ST. JOSEPH'S DECAMERON, CHILLICOTHE, TRENTON. LOW 50'S FOR KANSAS CITY. WE MAY SLIP TO THE 40'S AND THE NEXT COUPLE HOURS THROUGH THE NEXT 12 HOURS INTO THIS EVENING.