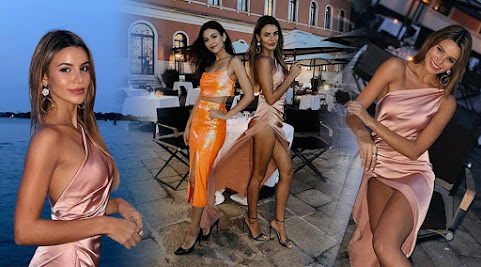 BuzzFeed: A Beauty Influencer Is Trying To Defend The Tough "Hybrid" Job Of Being An Influencer, But Not Everyone Is Quite Convinced

Bon Appetit: Many Wellness Brands Are Failing to Train the Influencers They Hire

Forbes: Influencer Marketing Fraud—Heroes Among Us

KANSAS CITY, Mo. - Amid reports that the move of two U.S. Department of Agriculture agencies to Kansas City has delayed research reports and held up millions of dollars in funding, the agency said just 61 employees had relocated by Monday's report date.

What if instead of begging a 36-year-old Alex Gordon to come back, we went out and found another player from the 2015 World Series team and brought him back instead? Hear me out. There is only one player from that squad that has gotten substantially better since those World Series runs.

KANSAS CITY, MO.: On a four-lane road in the town's North Hyde Park neighborhood, between a Family Dollar store and a historic Athenaeum club building, sits a low-slung red brick building with festively hand-painted front windows and a bit of Art Deco filigree over its doorway.

Cowtown View From Above

Kansas City is known as the barbecue and jazz capitals of the world, but it's also home some of the most stunning architecture and landscapes around.

Kansas City Chiefs coach Andy Reid said star receiver Tyreek Hill will return to practice Wednesday after injuring his clavicle and collarbone in the season opener.Reid said the game-breaking receiver's status beyond practice Wednesday is unknown, and he would not say if Hill would be able to play in Sunday night's game against the Indianapolis Colts at Arrowhead Stadium.Reid said he wanted to see what happens this week in practice, beginning with Hill's first day back.


Let's look at the internal candidates to be Royals manager

Ned Yost has departed, off to hunt in Georgia with buddy Jeff Foxworthy, so the Royals will begin the task of looking for a manager for the first time in nearly a decade. The looming ownership transition adds a wrinkle to the process, but it appears Dayton Moore will be given the task of seeking out the next skipper to see this rebuild through.

Vacation Express is expanding nonstop service from Kansas City International Airport to two destinations in Mexico.Vacation Express has added Cancun and Puerto Vallarta to its seasonal service.The new flights will be part of six-night packages offered by Vacation Express. For travelers who already have a place to stay, air-only is available.

If the Royals resign Gordon I've officially lost all hope of the team even getting better.