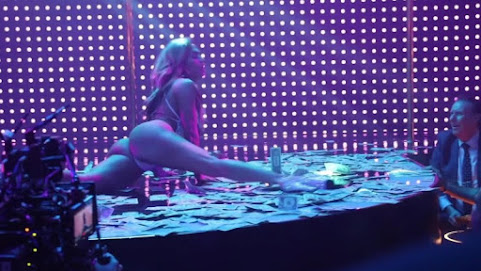 MC: Jennifer Lopez Hopes This Could Be Her Year at the Oscars After Her Incredible 'Hustlers' Performance

Vox: We’ve been talking about Jennifer Lopez’s body for over 20 years. Here’s how Hustlers changes that conversation.


Overturned cattle truck shuts down I-29 in the Northland

KANSAS CITY, Mo. - Interstate 29 is closed in both directions due to an overturned tractor-trailer which was carrying cows. Around 1 a.m., a tractor-trailer carrying cattle rolled over at northbound I-29 and Interstate 635. There were three additional collisions involving motorists and cattle on the roadway.

KANSAS CITY, MO (KCTV) - It is a terrifying disease, especially because there is no cure, and doctors say this is the season for acute flaccid myelitis, or AFM. KCTV5 News first met to Billy Sticklen four years ago. The 13-year-old Joplin boy had just gotten over a cold when things took a turn no one saw coming.


Northland road plagued by potholes gets resurfaced, but long-term repairs will cost millions

KANSAS CITY, Mo. -- Kansas City's potholes were so bad this year some people hosted birthday parties for them. But few roads got more complaints than N.W. 68th Street in the Northland. The road now has a new look, but neighbors are left wondering how long it will last.

TIME TO HONOR ANOTHER HYVEE TEAM OF THE WEEK. THE STAGS BE THE ROCKERS 34-7 LAST FRIDAY. IT WAS THE FIRST TIME COACH JON HOLMES HAD EVER BEATEN COACH TONY SEVERINO. MIEGE GAVE UP AN EARLY TOUCHDOWN THEN TOOK CHARGE OF THE GAME.


Overland Park among top 10 US cities for people with disabilities, study says

OVERLAND PARK, Kan. -- There's a lot to consider for people with disabilities when looking to buy a home, and now one factor could be the city in which the home is located. A study, released on Oct. 9 by WalletHub, ranked 182 US cities by their friendliness toward people with disability.

The Chiefs can enjoy the relatively low-cost version of Patrick Mahomes for about four more months. The price of poker will soon be jumping exponentially with the reigning NFL MVP. Kansas City owner Clark Hunt and general manager Brett Veach would love their franchise quarterback to play next season for just the $2.7 million in the fourth year of his rookie deal.

A few weak showers will sneak across our area this evening under a generally overcast sky while a steady southeast breeze holds temperatures in the 60s through sunset. Overnight more rain will gather after midnight giving you a soggy start to the day on Thursday with warm temperatures in the lower 60s by morning.

How many cows "passed away" and when is the candlelight vigil for them?
When does the Go-Fund-Me page go on line to support their calves?

Overland Park among top 10 US cities for people with disabilities, study says

OHHH wow. KCMO is competing for a top ten spot for people are basically brain dead when it comes to critical thinking.

OMG everybody is going to get a cold and DIE!


Ramp up the hysteria!

Though she recently turned 50, Jennifer stills put out quite the spread!!!

Chimpy is such a big fan of Matlock he wants everyone to watch! Lol

^^And you appear to be a big fan of chimpy. You spend your whole day following him around eating his shit. How does it taste?

Top photo, thought that was one of the pole dancers that was at KU snoop dog show.