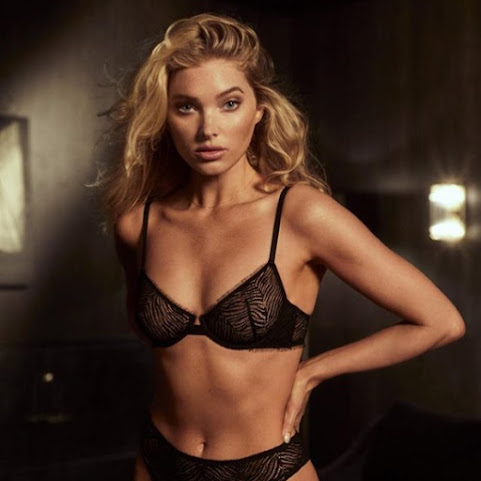 Quick peek at the panty brand that has influenced the pop culture more than any other . . .

CNN: Victoria's Secret head of stores is stepping down

Closer to home, here are the nicer news morning links for our early birds . . .

KANSAS CITY, MO (KCTV) - A crime scene investigation tech with the Kansas City Police Department is making an impact nationwide with a program trying to bring a sense of comfort to survivors of sexual assault.

You could almost hear the collective gasp at Arrowhead Stadium when Patrick Mahomes came up limping on Sunday night. Under the bright lights of primetime television, the Kansas City Chiefs starting quarterback found himself on the receiving end of a mistake by Cam Erving-namely that he had stepped on Mahomes sore ankle.

A front porch concert isn't the typical way to meet your neighbors, Kathryn Golden admitted, but it's unconventional experiences like those that truly unite communities, the PorchFestKC founder said from atop a stoop in the Midtown Roanoke neighborhood.

Beloved for its variety of stone-ground corn tortillas, Yoli Tortilleria has become a fixture in metro grocery stores as well as at the Overland Park Farmers Market, where owner Marissa Gencarelli can usually be found talking with customers and offering up fresh tamales and warm tortillas straight off the griddle.


Good news: One of Kansas City's best but smallest breweries is doubling capacity

Good news in Brookside: BKS Artisan Ales is getting a little bigger. BKS Artisan Ales (633 E. 63rd St., bksartisanales.com) made our beer of the year, Tiny Clouds, and is celebrating its two-year anniversary on October 18-20th with a series of events at its Brookside taproom.


Much cooler weather for your Friday

YOUR FASHION FORECAST, WHAT TO WEAR? HEAVY JACKET", DRIZZLE AND FOG. LESS CLOUDS, MORE SUN BY THE AFTERNOON. 47 AND THEN WINDY AND MUCH COLDER FOR THE EVENING. THE HOODIE COMES IN HANDY. 43, WAY BELOW AVERAGE THIS TIME OF YEAR. WIND CHILL'S RIGHT AT 30. 29 DEGREES AND BUTLER.

^^says the fatty incel on a blog for dying geriatrics at 8:06AM on a Friday. Dude, your opinion means shit!

Oh come on Porchfest wrecked the West Plaza. They had to shut it down due to liability insurance issues first of all and the next thing that happened was the bulldozers and gentrify at will thugs and real estate hustlers attacked the neighborhood.