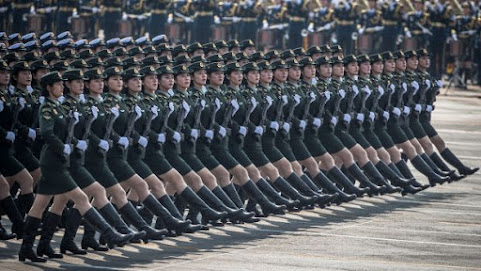 China celebrated 70 years of communist rule this week with a military parade that showcased their global military ambition.

Whilst the marching of deadly weaponry amid roars of celebration from cheering crowds of hundreds of thousands was something right out of Star Wars . . . Allow TKC a brief aside at the risk of overshare . . . Few people know the place or time of their final curtain call but if I get a vote . . . The glorious demise of TKC would take place under the boots of hundreds of hottie Chinese lady soldiers wearing mini-skirts and yelling something horrifying.

More than a few TKC readers think that the China National Day parade merits concern in Kansas City and throughout the nation and so we wanted to explore the topic for the late night.

Take a look at what's creating concern among many locals:

1. Take It To The Kansas City Bridge

Buck O'Neil Broadway Bridge is falling apart and will eventually need to be completely replaced sometime in the next five years. There's no cash to do it and political debate and trickery has stalled the decision.

Check this footage of the Chinese building a similarly important bridge in 43 hours.

U.S. farmers throughout the Heartland stay losing in the trade war with China . . . The display of military might means China is showing the world they aren't going to be pushed around anymore and will earn just a bit more respect as a trading partner.

The parade reminds us that the communist nation has the might to crack down on their populace in a way that's just a bit more straight forward than social justice warriors and right-wing trolls battling it out on Twitter for culture war supremacy . . .

China has started ranking citizens with a creepy 'social credit' system — here's what you can do wrong, and the embarrassing, demeaning ways they can punish you

The good people of Hong Kong are soon to discover that the American news market is fickle and quickly loses attention when things get really ugly.

American partisan debate often features name-calling from both sides attempting to tag each other as fascist or dictatorial. SJWs vs. Conservative keyboard warriors should get a good look at the parade in order to witness what a REAL THREAT TO FREEDOM looks like . . . Neither gun rights, choice or protected classes seem to matter much to a regime that stays in power by way of horrific human rights abuses. Big picture even if everyone has a right to voice their concerns; every bit of public outcry we hear from locals about alleged injustice or moral outrage pales in comparison with accusations the world has witnessed over 70 years of communist rule in China.

Tragic irony and/or karma, despite efforts to control the weather this intimidating parade took place under a thick layer of smog as China'a apathy to fix its environment is choking its own population.

Further reading and another late night serving of news for our most dedicated readers even if militarism isn't TKC's bag BUT we can always find bright spots of nearly every culture and have to admit an admiration for the handiwork of General Tso and the billions of chickens he has helped deliciously slaughter. . . 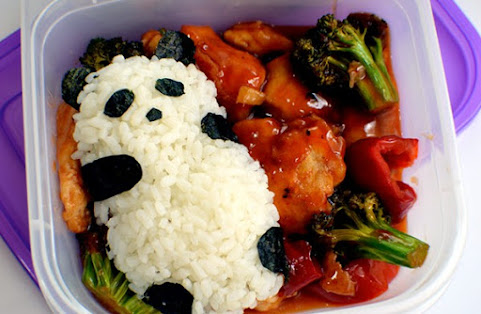 Fox News: China just showed the world how dangerous it really is (and Americans should be worried)

Forbes: Why China’s Big Military Parade Is Nothing To Be Afraid Of

What about the price of tea?

Cute, but you're missing the big picture: the parade shows us that we're no longer living in a one superpower world anymore. People have taken China seriously for years but now the public-at-large knows that they aren't playing around and they're serious about their global influence in the future. As for Hong Kong, the very best we can do is wish them luck.

The atheistic commie Chinese government killed at least 60 Million people and they are still at it. Not the democommies wink at the Biden's doing a Billion Dollar deal. If the left gets control and Trump fails, prepare for war.

The KANSAS CITY ATHEIST COALITION leftists are having spasms of joy over this.

What I'd predict is going to be the Chicom's Final Answer to the genie getting out of the bottle? Round up millions of pro-democracy Chinese and use them to expand the "organs from live donors" program they have instituted and used extensively over the last ten years.

America MUST decouple from China.

It's time to go back to Vietnam.

6:03 is correct. That is why the Democommies have lurched to the left and always eventually utilize violence. Antifa. Possible assassination. (Lee Harvey Oswald was a Communist). Etc.

Commies killed 100 Million people in the last century ALONE...and they aren't done yet. Yes, that is an astounding number...Source, THE BLACK BOOK OF COMMUNISM (Harvard University Press.)

6:47, America is NOT going to support the Free Chinese of Hong Kong...and Vietnam is a poor example. America lost in Vietnam. There are all kinds of excuses, but America lost. I feel sorry for the Hong Kong people waiving American flags thinking America will save them.

I'm already seeing a shortage beginning of my favorite cherished made in china shit. Its scares me to think going to the stores may mean I will have to purchase something made in the USA.

The solution is everyone needs to have a Google blog where you can make large amounts of money (income stream) pretending you are influencing people.

The other option is learning to force pop ups and ads into peoples surfing experience.

Sure chuck...you need to be the first to go back to Vietnam since you fucked it up the first time. See if you can gather up any geriatric volunteers why don't you?

7:05 I didn't mean that we should go to war in Vietnam. If we need manufactured goods from the Pacific Rim, we should engage with countries other than China.

American dogs are in this fight, but only their barks will be heard. No American blood will be spent. It is what it is and actually, that is how it must be. We cannot assist, or, provide arms to these rebels. The stakes are too high. We will watch and wait... and hope.

Prepare for Charnel House type bloodshed as thousands of Chinese seeking freedom from true oppression will take bullets in the back while carrying American Flags and singing our National Anthem. It's a recurring theme in countries where the Central, Statist government has ultimate, long and short distance control over everything you do, think and say. You know, kinda like GOOGLE, the most evil, corrupt, nefarious and terrifying company the world has ever known, assists, even now, the Chi-Coms in their efforts to silence the voices of the Free Chinese.

The Free Chinese in Hong Kong are helpless because they are disarmed.

Sure, the Chinese military could crush the entire city, but that would destroy the shaky, shaky Chinese economy overnight. There would be armed resistance and the Chi-Coms know it, just like every totalitarian movement.

Here in the US, Progressives want us "Hong Kong Helpless" and under the jack boot of the Deep State.

7:05, the Hong Kong demonstrators are not stupid. They have to know that America can't prevent Communist China from using violence to squelch the protests. Waving the American flag is only a symbol of their commitment, like the hammer and sickle on Antifa gear are symbols of theirs.

9:14 Except and this is key dummy, antifa promotes violence and murder so.....