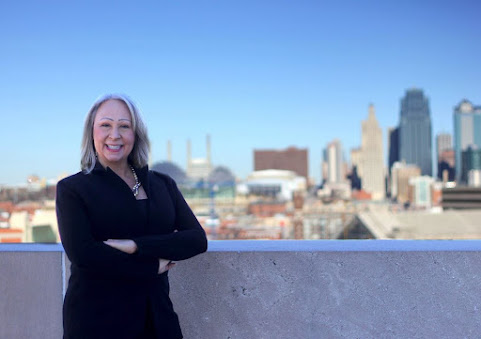 Jackson County Legislator Crystal Williams billed herself as a reformer when she first entered office and made a litany of promises that have mostly been broken and forgotten.

First and foremost she told constituents that she would communicate more effectively about their concerns and make the financial dealings of the courthouse more transparent. Given the recent property tax hot mess . . . It's clear that none of that happened. What did she do instead?!?!

Legislator Crystal ran and LOST for Missouri State Senate, she attempted to play political power broker in a litany of elections for her allies and she has become one of the most strident feminist advocates on local social media -- Sadly, none of that helps homeowner as they await the biggest tax increase in modern Kansas City history.

VOTERS IN HYDE PARK HAVE BEEN HARASSING CRYSTAL WILLIAMS VIA SOCIAL MEDIA FOR HER INABILITY TO FIND A SOLUTION TO THE ASSESSMENT CRISIS!!!

She has been effective in pushing most of the blame on Exec Frank White but the questions are getting pointed as time passes. Moreover . . .

Throughout 2019, Legislator Williams has switched alliances and played nice with Exec Frank White more than any Courthouse politico but in the end none of her machinations have proven effective in helping her constituents who are now, FINALLY, demanding accountability.

Can't imagine why anybody would vote for her.

A vicious FB culture warrior, love to see her take TKC apart. She does it about every few months when he posts one of these rants. At least this blog makes it public. She hides most of her postings.

"Collect a Check Crystal" is a do nothing legislator.

Crystal is a fat, drunken pig

She and the rest of the progressive democrats deserve the blame. For years they got away with having the most regressive tax policies in the nation supporting the earnings tax, sales tax increase after sales tax increase.Now they are raising assessments without following procedures is the icing on the tax increase cake.

Whathe is frustrating to me as one of her "followers" is that she has known about the consequencesof the tax bill for at least half a year and yet most of her update's are about how horrible Trump is. I can get that from msnbc, what I need from her is that she do her job.

She was cute, during the Carter administration.

^^^So? You’re drunk every day. Drunk and lonely.

Good. Harass all these dumb pieces of shit trying to make money off you

Chimps often get drunk in their native environments. Are you jealous since you're in the zoo? Lol

She is not a feminist, she is a female chauvinist and its fucking disgusting. Thank you TKC for continuing to expose her bullshit!

She is a hog

All the sad negative comments that have been made are even more sadly, TRUE.
She just can't be responsible for the property assessment fiasco, because she actually doesn't do ANYTHING.
Especially for anyone other than herself or her friends.
And yet, in Jackson County, she's re-elected over and over again.
And that's saddest of all.

Vote her out, then.

And then when she wins again you can show up here and whine like a baby some more.

Having the highest property tax raise in the history of Jackson County might get in the way of that winning. She will have an opponent guaranteed