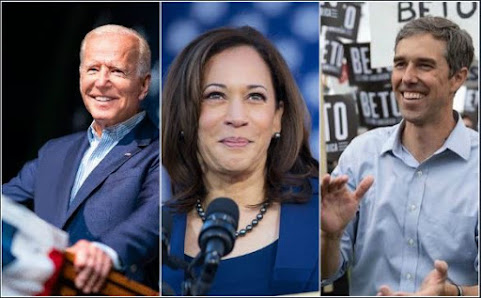 Again, a horrific early morning KCK slaughter has resonated across the nation and sparked renewed debate about gun control from top ranking leaders.

Check the social media run down . . .

"Jill and I are devastated to hear about last night’s shooting in Kansas City. No one should ever have to fear that they, or their loved ones, may not return home due to senseless violence.

"We must come together as a country to put an end to these tragedies once and for all."

"Americans continue to be shot and killed, while Mitch McConnell refuses to bring a gun safety vote to the floor."

"I visited Kansas City in August—and everyone I met was warm, generous, and welcoming. My heart is with all who are impacted by this tragedy. Together, communities like ours, which have been victims of gun violence, will lead the way in ending this epidemic."

U.S. Senator Pat Roberts (R-Kan.) tweeted “Franki and I are saddened by the senseless shooting that took place in Kansas City early this morning. Our prayers are with the victims and their loved ones. Thank you to the first responders and law enforcement who continue to investigate this shooting.”

Representative Sharice Davids (D- Kan.) tweeted “my heart breaks for everyone impacted by the senseless shooting that took place in Kansas City early this morning. Our office will continue to monitor the situation and we thank the law enforcement and first responders who are investigating this tragedy.”

Kansas Governor Kelly (D) "My thoughts are with the victims and their families and friends after a mass shooting early this morning in a Kansas City, Kan., bar tragically left four people dead and five more wounded. We are closely monitoring the situation with the help of local law enforcement."

This is an issue where even President Trump has wanted to identify mass shooters. Reform should be a topic for discussion so we can see who is motivated by NRA money.

So i guess trump is blamed for the shooting now, too. Sad.

This is the fault of that Goddamned old fucking lady Kelly, the dipshit governor. Why doesn’t that stupid old bitch fix her gay fucking state? She hasn’t done shit.

Pass a law against idiot's having no self control.

How will the dummocraps react when they find out that illegals are responsible? Hey now, it’s very possible

I hear tell that these were not Mexicans but in fact young Mayans offering up a blood sacrifice to their gods.


Kamala Harris wins the dumbest and most untruthful comment of all. While she's on her knees playing with married men to get where she wants to be. How funny or maybe how sad that she is either that stupid or thinks anyone would believe that when they want criminals flooding the country with more rights the Americans.
You democrats are really something else.

I buried a friend today, He was shot & killed because a fugitive from another state wanted to steal his car.

I don't want to hear about your damned Second Amendment rights.

The unalienable right to "life, liberty, & the pursuit of happiness" trumps your bullshit.

that’s a lie bLIEron, you have no friends and since when were funerals evar held on Sunday? Nevar.

Your friend shouldbbn of had a gun

A leftist criminal homo like this fuckhouser dicksucker will always lie to create sympathy for their anti American criminal causes. These smiling traitors would do anything to destroy America. So in closing fuckhouser since you can’t seem to stand seeing red blooded Americans armed to protect themselves from worthless leftist like you why don’t you start your gun grab crusade with me you won’t make it off of my property

^^^^^ Nobody wants to rob or go near your trailer. Calm down.

The sign out front is old. It's not a private club. It's an open bar.

But what's your point?

If the bar is full of illegal "beaners", then it is Trump that has monumentally failed on his central promise to deport criminals and keep us safe. Nearly 3 years of broken promises to rid the country of Mexican gangs and the drug trade.

^^^You can't hang that one on Trump. The Democrats in Congress, and their moles in the agencies, have thwarted Trump every step of the way. Had there been some cooperation from the left in border security and deporting those here illegally, the problem would be well on its way to resolution.

Two illegal gang members killing like they do when they don't get their way. Liberals want open borders so even more of these POS can enter the country.

I'm glad that MAGA folks like 2:11 agree that Trump has failed in his main promise to secure the border and get rid of illegals.

So much for I alone can fix it. Trump had full GOP control of the government for 2 full years and failed then too.

He's in charge. He gets the blame. That's how it works. The buck stops with Trump.

The question now is are immigration hardliners stupid enough to keep supporting such an incompetent leader that will fix nothing? 4 more years or 40 more years, Trump will not fix this problem. He can't even manage a tweet about KCK. Declaring it a sanctuary city would be a start, but won't happen. That's the real betrayal. Trump claims he has built lots of wall and fixed the problem. Stop feeding us bullshit.

It's time for a new leader. Trump has failed.