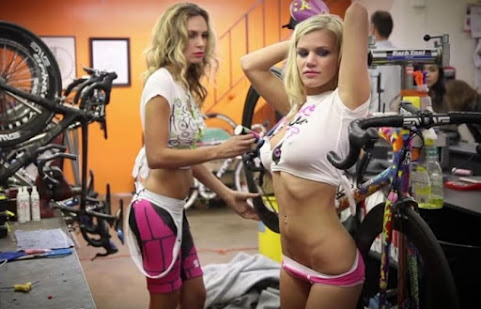 There is a war over transit in Kansas City.

Sadly, local media is ignoring the threat that has been unchallenged in local civic circles.

Bike Supremacy: It’s an ideology, pure and simple — a faith in the moral inferiority of car and truck drivers, and in the moral virtue of cyclists.

THANKFULLY, THE TKC BLOG COMMUNITY IS FIRST AND FOREMOST IN CHALLENGING THE COSTLY AND DESTRUCTIVE THREAT OF KC METRO BIKE SUPREMACY!!!

From a recent post, here are a few of the more intelligent and informative comments on the topic . . .

"The problem with bike activists and other next gen domestic terrorists is that they want to eliminate cars completely. They may get better support if they would work with drivers to understand the need for alternative sources of public transportation without trying to jam their agenda down the throats of others."

"A few years ago Olathe was widening the street behind our property and proposed adding a bike lane. They scheduled a meeting to discuss,the problem is the people who attended to support the bike lanes don’t even live in the city. They were from OP & Leawood but had no problem in telling Olathe what they need to do. That’s BS, we lost 10 foot of our yard all the way from one end to the other. I rarely see any riders, EVER. I’m stilled pissed at these big mouth bicycle activists. I live a mile from the border between Olathe and OP and there is still no connecting bike lane. I’m fed up with the whiney bike riders, please address the roads where you live before attending someone else’s planning meetings."

"Bikes are not the problem. Leadership at Bike/Walk KC, starting with the 4th District Council Member and several of the Planers at City Hall, have created a mess with a their arrogance, biased, and condescending attitude in the public process. It has resulted in a plan that is ill-conceived, with very little public support. They ARE a little privalaged group who hate cars, think they are smarter than everyone else and don't know how to build a coalition....all on your tax dollars. Hence they will just continue to blame others for their lack of leadership and insight."

Lenexa officials are crafting a plan to fit the needs of the city's growing population. After a year, the results of its $199,000 Complete Streets study came in and show the city should add about 70 miles of bike lanes and 69 miles of trails.

KCMO looking for input on scooters and e-bikes

Good exercise and a healthy life style is not a threat TKC readers!

^^^^ Um, sorry. Some of us just want to get to work without driving through an obstacle course of being forbidden from streets by draconian laws that favor a small group of cyclists.

Ok then. Since cyclists want use a lane of paved road just for them, then their bikes should be regulated as much as cars are. License plates, title fees, and all the other taxes and drivers licenses cost that give a car the right to use the hiway

It really isn’t bike supremacy that people can’t stand, it is biker faggotry that makes people hate them.

If Arrowhead stadium held a demolition derby with ten cars and ten bikers as contestants, it would be sold out in 10 minutes.

I googled advantages of bike lanes and the reasons still did not convince me that they should be a priority in one of the most dangerous cities
In the USA. It’s crazy how our tax money is being used to benefit the few and not the majority.

Guess most of you aren't smart enough to figure it out. Bike lanes are about enriching a few consultants and "Non-profit" organizations. It's tantamount to a money laundering scheme.

Both cyclists and drivers should be courteous on the road. Is it really that hard?

A question about bikes and bike lanes that I have never seen addressed and I think is a valid question. If a bike lane is present must the bicyclist ride in the bike lane? If yes, could they be ticketed for obstructing traffic if they ride outside of the markings for the bike lane? I say the answer should be a definitive YES to both questions and without any exceptions for bike clubs.

Why do the few get to dicta taste to the masses? One hundred and ten and counting. More t shirts are bought, balloons, tears sheds, coffins bought , yet bike lanes are forced down the poor throats to gag at the green lanes for a few bike lanes. Gutters need cleaning. Salt for the winter and streets will need to be cleaned on blocks no one seems to give a damn about. Green is the color of the pockets lined by the white ma who doesn't even live in the area pushing heroes long gone and just thought about like an after thought or a tic tac. Who made you God of the poor? How many black friends to pull out of a photo op and never at a dinner in your home. Hypocrite. How blind are you for what is really going on in this city....we are still on that list to run not walk if you do not make the pape bag test. Is there an adult in the room?

Illegals and bicyclists are exempt from following any laws.

MODot and the water department put a bike trail in front of my house about 3 years ago. Only about half the bike riders use it ! I don't understand why they don't all use it. It is smoother than the actual road and free of debris. I think they just want to cause a fuss. It really annoys my husband and I to see the riders not using the bike trail after my yard being tore up 3 times in 5 years to accomodate them.

What all of the sudden changed ? Bikes and cars have shared the road for decades and decades. If it is phones that are causing the problem the phone companies should fix them to not work if moving over say 3 mph. A entire lane 12 months a year for a fair weather form of transportation used ny .2 percent of the population is insane. ADA compliant sidewalks is all that is required.

North Kansas City just installed Bike Lanes along Armour Boulevard this summer, and they have already badly hurt downtown businesses and are being ignored completely by delivery trucks and the remaining customers.

This is some angry 'get off my lawn' type bullshit. It's a fucking 4 foot wide bike lane. If your life has really come to being pissed about a bike lane you should just go ahead and suck a pistol.

7:17 - help me out here. Are you arguing the bike land construction period hurt the businesses or having a bike lane hurts the business?

I'm allergic to spandex. Cannot go outside when cyclists are out. My rights are being violated. I demand spandex free streets!!!!!!!!!!!!!!!!!

Shame. Lived in and around NKC for many years. Great town. Now trying to Become WOKE, attracting SJW'S and the Crossroads crowd. As above, too much spandex in town.

It is pretty shady for people from out of town coming to propose things at city council meetings to influence citizens for a city they don't live in.

What we need are dedicated unicycle lanes. Will really attract the creative class

If you don’t have a car and don’t live on the bus line I guess you’re shit outa luck.
Be careful out there! Lots of fat Mexicans don’t like people on bikes. You might take two seconds out of their day.

The NKC Bike lanes greatly reduced customer parking, and anyone using the reduced number of spaces left to patrons between the bike lanes and the one remaining traffic lane (including handicapped parking spaces) has to exit their car INTO TRAFFIC, then cross between cars and cross the Bike Lane to get to the businesses.

The NKC design chosen has also added "peninsulas" protruding across the Bike Lanes at each end of each block that force bicyclists out into traffic.

This "clusterhump" has to be seen to be believed!

Know what’s better than a bike lane? Me riding my bike at 10mph in the center of the lane . A line of cars behind me having to drive 10 mph.
Nothing for fat Mexicans to do but smell their own farts and turn up sports talk radio..... and wishing there was a bike lane.