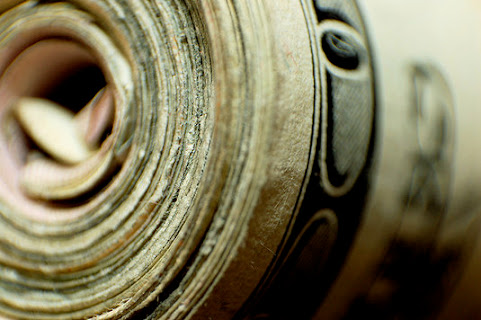 Behind the scenes, City Hall is licking their chops and prepping to divide up the influx of revenue that will arise from disproportionate Jackson County property tax increases . . .

SPECIAL THANKS TO TKC TIPSTERS FOR THIS EARLY LOOK AT CITY HALL MOVING TO CASH IN ON JACKSON COUNTY PROPERTY TAX HIGH DRAMA!!!

Now, a few City Hall bureaucrats have FAKED this as an effort to even out revenue but the implication is far more sinister.

Here's the word about the latest unsigned ordinance . . .

"Adjusting tax levy rates is just an inside baseball term for 12th & Oak unhinging their jaw in order to feast on all of the cash that the Courthouse is going to generate for them. It's simply misdirection to talk about this as a preventative measure and they've already tricked most of the reporters in KC. It shouldn't be too hard to figure out that KCMO desperately wants this cash and they're rigging the rates to put it where it's needed most . . . The General Fund, Health Fund, General Debt and Interest Fund, and Museum Special Revenue Fund. Even worse, the line about "recognizing this ordinance as having an accelerated effective date" makes all of their actions nearly untouchable by voters.

Check the ordinance sneaked into an upcoming session . . . Here's a slide showing KC LOOKING FORWARD TO THE MAX!!! 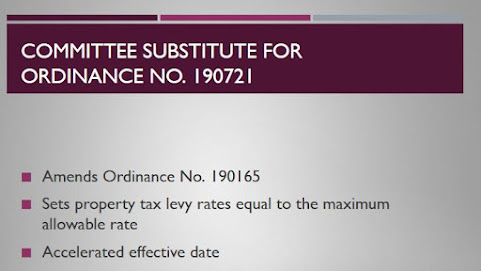 Here's the timeline for KCMO to engage in the cash grab as quickly as possible. 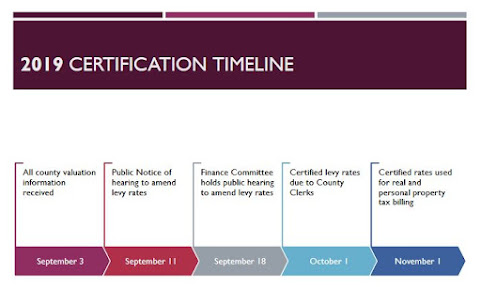 And so, whilst taxpayers have focused their property tax ire of Exec Frank White and The Courthouse, it's worth noting that this scandal extends even further and a bevy of local government agencies stand to benefit from a cash influx that threatens drive working poor people out of their homes.

Now, now. Don't worry. I'm sure KC Tenants will say something and come to the rescue with some protests. They are such a force to be reckoned with and not just a campaign season publicity stunt.

Don't hold a grudge just because you lost the election.

Now, now TKC. You're getting too carried away in the ordinance minutia and missing the second part of the plan. You have to adjust the levy rates in order to make sure that you can raise taxes even further when the school district needs their cut. See how that works, take from the rich and give to the poor or the rich with good connections.

See you at the Convention Hotel ground breaking!

The language used to be, "Recognizing an emergency" rather than "accelerated effective date."... this was done because nothing done was ever an emergency.

I’m betting this is a Troy thing, trying to grab maximum taxpayer money at every opportunity, not just during an emergency, this means every available chance and they will do it. Remember when slie got pissed at the state for not allowing him to raise taxes to 17% The state in turn lowered it to 14% maximum I believe and that set him and Troy into a tizzy. Every chance these worthless bastards get they steal our money they do.

This is what happens when liberal Democrats want lots of things like new airports, free bus service and raises for the city council and mayor. It sounds great until your property tax goes way up.

This will be the last tax. The city and county will pay in the long run. Moving to Cass county.