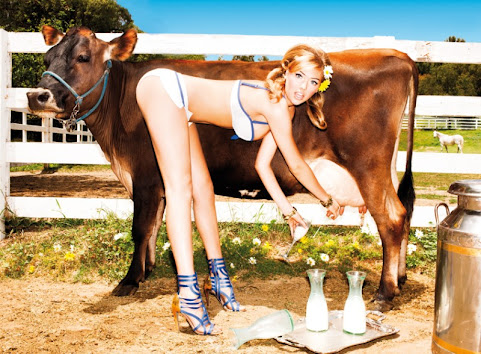 The impossible burger might not be the only thing that saves the planet . . . Here's a bit of science sent our way by a very smart TKC Reader . . .

Scientist have identified several organic substances that have a direct effect on global warming. These substances have alarmed the scientific community and will affect future generation if not addressed. The data was so convincing that a world conference will convene as early as next April in a yet to be determined location. Knowing the what of the cause is just the beginning. A real solution is indeed needed to turn back this real danger to life as we know it.


We do know that certain part of the world creates and process more of this organic substance than elsewhere. Asia, Mexico, and in the US San Francisco seem to be the epicenters for this blossoming problem. Leguminous plants seem to the blast point to this fast-emerging carbon emissions.

Legumins create a cause and effect. The most problematic varietals are Phaseolus vulgaris, Glycine max. You may know them better as Pinto Beans (Burritos) and Soybean (Tofu).

The frequency gas emissions—not to mention its telltale acoustic and olfactory potency—is obviously at odds with widespread social prohibitions against public discourse. Never mind burning rubber in church or freeing during your own nuptials. Pretty much any gas release—even popping a wee fluffy—is seen as rude in almost all social situations. So much so, in fact, that public flatulence leads to a difficulty known as “the problem of attribution.” In a cowardly attempt to shift the blame we pin our poofs on the dog or even poor old grannie. We cough or scrape a chair leg to disguise the sound; we sidle away from the scene of the crime to flee responsibility for the stench. The problem of attribution has led to myriad—and for some reason always rhyming—blaming phrases. We all know “He/she who smelt it dealt it,” but I prefer “he who deduced it produced it.” If I’m in a casual mood I go with “the smeller’s the feller.” When I’m feeling intellectual, I opt instead for “he who inculpated promulgated.” Of course, there are also a variety of witty rejoinders to this kind of blaming and finger-pointing. Yes, knowing the problem helps, but solving the problem is the issue at hand.

It is critical that we step up our production of Bean-O.

When the novice milkmaid mistakenly collected from the bull's barn she admitted they seemed to be enjoying it too much!!!