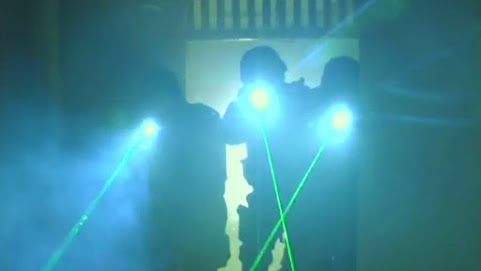 This Summer "Operation Triple Beam" served as a massive effort for Feds to crack down on a deadly crime wave which has pushed this town's murder rate to near record breaking levels.

A recent activist missive doesn't mention deadly chaos on local streets but does look at the arrest effort from a social justice perspective and, rightly, reminds readers of Constitutional protections that basically boil down to: "Innocent until proven guilty" -- A sentiment that local news doesn't always have time to stress.

"Crime reporters would do well to wait until people have actually stood trial—much less been found guilty of anything—before stating their criminal status as a certainty, or rushing to characterize mass arrests as taking down sprawling and dangerous conspiracies. Police claims are just that: claims, not statements of undisputed fact to be repeated without qualification or skepticism."

The public's is often significantly out of alignment with the reality. This is caused, in part, by frequently sensationalist, decontextualized media coverage. Media Frame seeks to critique journalism on issues of policing and prisons, challenge the standard media formulas for crime coverage, and push media to radically rethink how they inform the public on matters of public safety.

The roundup was necessary. They're asking the media for silence. That never works.

The media sucks because Hillary lost, it was bad before but Jesus christ they all need to be shut down for their fake news tactics

^^^^ Nope, Trump will lose all on his own. Not even Republicans want him. Now try to stay on topic please.

These arrests are mostly based on snitches. Now they don't always tell the truth. But if they set someone up by lying its almost always another criminal. There is a lot of reward money from the tips hotline and IRS for turning in drug dealers etc. It aint hard to find those guys.

There is no journalism anyway. We have a media distorting events to fit whatever narrative they choose.

9:42 hey moron, we’re talking about false narratives that Hillary created because she’s a lyin cheatin crooked loser, she got the media to try and make everybody else look worse than her, didn’t work, still doesn’t work, stay on topic idiot

These are the same folks who think the media is just fine when they CONTINUE to "report" the totally false narrative of that hero Michael Brown in Ferguson.
But when the "story" doesn't push their point of view, they complain.
What passes for "the media" in the KC metro are mostly inexperienced lazy recent J-school grads who have become either "news" readers on TV or people who base their stories on press releases from government or businesses.
It's all crap, so no one should be surprised when sometimes it's crap that you don't agree with.
Amateur night on the plains.