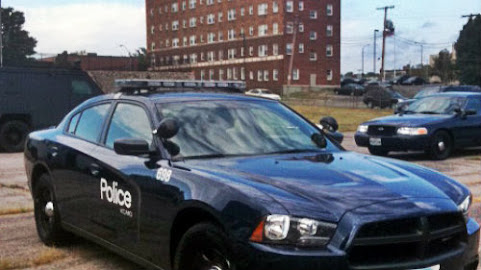 Faltering social media website Tumblr recently banned pr0n and suffered a mass exodus of users. Tragically, a local cop has ALLEGEDLY been connected to illicit use of the service that the Internets company never tolerated even amid a wide array of smut that they formerly hosted.

More about the charges against the 20-year-old probationary officer:

According to court records, an investigation was initiated by the Western Missouri Cyber Crimes Task Force, following a tip to the National Center for Missing and Exploited Children. The tip was that an email address that the defendant later admitted to detectives he had set up was connected to multiple images of nude young girls. The email address was set up Tumblr, the defendant told detectives. He said he knew reposting the images of young girls was wrong. The Western Missouri Cyber Crimes Task Force investigation filed a search warrant and obtained images and videos, some depicting children as young as 3.

KCPD distances itself from the allegations with their statement:

"Probationary Officer has been suspended from duty without pay. He graduated from the Kansas City Regional Police Academy on Jan. 17, 2019. The Platte County Sheriff’s Office investigated the case."

Fox4: “It should be noted that the information provided by Tumblr was just a sampling and not a complete list of the images that were on the Tumblr page,” charging documents said.

KSHB: Subsequent investigation traced the account to THE SUSPECT'S apartment in south Kansas City. In a June 2019 interview with detectives, He admitted the Tumblr account was his and that he reposted the child pornography on the account.

KCTV5: He said he knew reposting the images of young girls was wrong, court records state.

KMBC: Suspect is not currently behind bars. A warrant for his arrest was issued and subsequently prosecutors requested a $75,000 bond.

No doubt this looks bad but the win here is that he is probably not going to be a permanent member of the force and didn't represent much danger to the public.

Not defending him but it kinda points out what a dump Tumblr turned into and why they needed to clean up their site. From the charging documents it seems that he didn't have to go far or go to extreme lengths to find that disgusting content.

The focus on weeding out rookies is important before they develop bad habbits. Glad KC police are taking care of business.

Ick! Maybe this perv's getting busted saved some kiddies from a Jeffrey Epstein-in-the-making.

Platte County cops get on craigslist and pretend to be little girls so they can rack up more charges.

He will eat his gun. End of story.

PD special investigations detectives get on social media and "nab" the pedos, so they can safeguard kiddies from the sickos.

Cops who commit crimes should face double the time in the clink.

I would have expected this from the KCFD if the victims weren’t girls.

Why isn't he named? Any average citizen would have their name and picture released by PD.