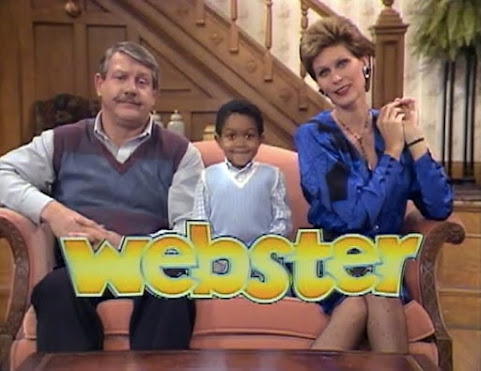 Even when I was a kid I thought it was insane that this condescending, superficial garbage was on TV . . .

Webster was an American sitcom that aired on ABC from September 16, 1983 to May 8, 1987 and in first-run syndication from September 21, 1987 to March 10, 1989. The show starred Emmanuel Lewis in the title role as a young boy who, after losing his parents, is adopted by his NFL-pro godfather, portrayed by Alex Karras, and his new socialite wife, played by Susan Clark. The focus was largely on how this impulsively married couple had to adjust to their new lives and sudden parenthood, but it was the congenial Webster himself who drove much of the plot.

This morning public radio is pretty much running the same kind of programming from progressives with reassuring whispers instead of a laugh track:

The local reboot is convincing and, to be fair, we're sure all of these people are very nice and probably much too polite to avoid being used by MSM to push an agenda.

Webster was awesome. Secret clock passageway, weird old couple that lived in the basement, and George Papadopoulos....Mr. Tony you have offended me.

(What his momma don’t tell him)

^^nah, nobody's much interested in hearing anything you have to say ever!

I won't watch any shows that have niggers.