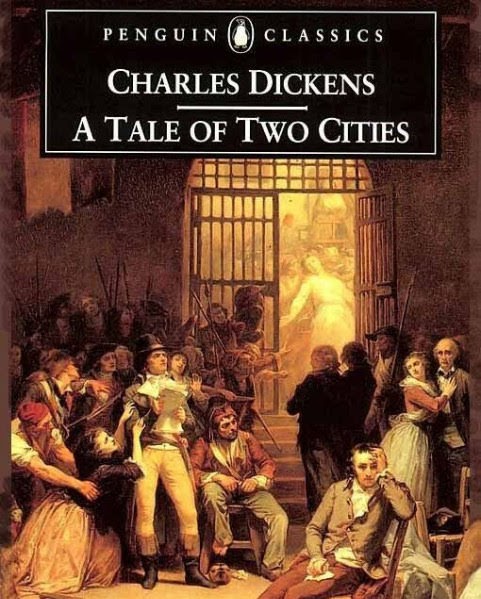 Forgive another Tale Of Two Cities reference but it was the best reread from TKC's Summer book list and it's surprising how the story line and characters remain relevant amid continued local violence and social upheaval.

Whilst Kansas City suffers a historic spate of violence and gunfire, there remains a dedicated contingent of locals who refuse to discuss anything but sketchy development schemes, pro-sports hype, craft booze trends and all manner of hipsters pastimes.

Seriously, could a potential Kansas City "green line" or the streetcar extension or the fantasy of a successful taxpayer-funded convention hotel exist anywhere but the imaginations of dreamers or scam artists who have no real conception or willingness to deal with reality???

HOW LONG WILL KANSAS CITY CONTINUE AS A TOWN SPLIT IN TWO?!? THREAT OF RECESSION MIGHT OFFER AN ANSWER!!!

The illusion of "disposable income" has distracted quite a few locals and good times always inspire people to abandon more pressing concerns in much the same way that the local political elite have spent the last 8 years engaged in a speculative spending spree that has left the city hall budget structurally unbalanced and desperately in need of bailout.

Brief aside, we always enjoy the cognitive dissonance of Conservatives who decry the looming fiscal disaster of KCMO but then reverse course and tout financial victory for Prez Trump & The American economy -- Fact is, KC is not an island and our economic fortunes mostly follow the course of the entire nation for better and worse.

Accordingly, here are some recent news items to consider from both sides of the debate as many fear good times are grinding to a halt . . .

Fortune: Are We Near a Recession? The Godfather of the Inverted Yield Curve Says It’s ‘Code Red’

CNBC: The economic numbers are continuing to defy the recession hype

As a basement blogger, TKC NEVER tells people what to do with their money . . . Feel free to keep eating, buy another $10 beer and double down on the mortgage or a big wager on Cheifs' Super Bowl chances . . . Meanwhile, there's no denying that the prospect of a worsening American financial situation will not only threaten the balance of power across the nation but also drastically impact the status quo in Kansas City which has denied economic reality for nearly a decade.

If you have saved during good times, the bad times won't be so bad.

Great book, read it in 8th grade at a KC public school in the urban core. It's sad to think that the standards probably declined so greatly that after 30 years it's probably not even taught in high school any longer.

Far too much worry here, the government will simply engage in "quantitative easing" to get the economy back on track. That's way better and totally different than just printing more money and making it all worthless. Sleep easy, it's going to be four more years of prosperity!

This is the best economy of all time? Please. We are sick and tired of "winning" from this failed president.

^^^^ Almost agree if it wasn't pretty much the same bag under the Obama administration also.

Infrastructure, oh no, no money left for that. All Trump's fault. Poor Sly, Quint and Frank, and the entire shitty council!

Maybe bump Etax to 5%, and get a PreK tax going, things would get better.

KC e-tax is the strap on which JoCo secretly asks for in order to feel right.

The doom can has been kicked down the road since the 1960s, they'll keep kicking it. China and Europe will tank before we do. Trump is trying to equalize trade we have been giving away for the last 50 years. The world should be thankful for the hand up. Now it's time they stand up. MAGA

Keep in mind, that the novel ends up with the Reign Of Terror, brought on by the Left Wing Idiots who took over in France.

6:05: What you see as a hand up many see as an extended middle finger.

I know it's tough to watch your generation go down the tubes chuck but get some popcorn.

The liberal media is trying to scare people about a recession despite unemployment being at 3.7% - the best in 50 years! Unemployment is the best ever for African Americans and Hispanics.

MAGA! Well it only took Trump three years to ruin Obama's economy. He is treating our country like one of his bankrupted companies. MAGA!

There's no recession coming but MSM is trying everything they can to make trump look bad even if it means scaring people into thinking we're heading into a great depression. They'll focus on short term stock market losses rather than zoom out on the chart showing the market is up 16 percent for the year and up 49 percent since trump took office while it was stagnating 0 for the years before that.

Check for yourself if you don't believe: https://money.cnn.com/data/markets/dow/

^^^^^And the big bear said to the little bear, "Who's been sleeping in my porridge?"

@10:56 we don't believe you. The market did not stagnate under Obama you idiot. You know you can google what the DJA was on Obama's inauguration, and what it was on his last day in office don't you? If that's stagnation, sign me up! That lie renders everything you wrote irrelevant. You're fake news! Now go back to Faux News and get some more talking points dummy, cause you just got run off here! TTFN shit-eater!

Trump is the one in a panic about the current slowdown and coming recession.

The bonehead today tweets to beg the Fed to lower the interest rates to zero and lower.

So he is pushing for a policy that will tax every dollar in your savings. Not only do you earn no interest, you have to pay the bank for keeping your money there.

Maybe Trump could shoot someone on 5th avenue and get away with it, but I don't think even the cult of MAGA is going to go for monthly taxing their nest eggs. Good luck with that. Stable genius and big brain he is not.

And Trump thought he could refinance the national debt. He may be the only person in America that doesn't know Treasury bonds are not callable.