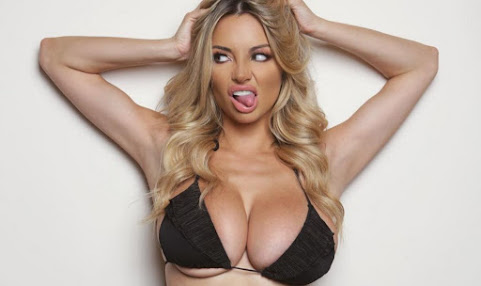 A quick peek at pop culture reporting for this evening:

MH: Watch the 'Man Boob King of Texas' Do Surgery on 4 Guys

SunUK: BREAST IS NOT BEST Men talk to my chest and I need two bras… four women speak of their agony at having big boobs

Closer to home, here are the nicer and local news links we're checking for tonight . . .


The Living Room Theatre will leave the Crossroads following its upcoming tenth season. But then what?

Sneary (left) and Journagan have been staging plays on McGee for a decade. // Photo by Zach Bauman Rusty Sneary and Shawnna Journagan have built a heck of a living room over the past nine years. Now, they need a home to put it in.

RESCUE BEFORE IN THESE SITUATIONS, AND IT'S PREPARED T DO IT AGAIN. KELLY: TWO YEARS AGO, IN THE AFTERMATH OF HURRICANE HARVEY, WAYSIDE WAIFS SENT A RESCUE TEAM TO TEXAS AND LOUSIANA, RESCUING ONE HUNDRED PETS FROM SHELTERS IN THE STORM'S PATH. DOGS, CATS, EVEN BUNNIES.


Support the Humane Society at Art Unleashed this Saturday

KANSAS CITY, MO - Art Unleashed is a night of art and giving back to pets in need. Kate Fields, President/CEO at The Humane Society of Greater Kansas City joins us, along with an adorable adoptable pet, to discuss this weekend's event and how it supports the Humane Society.

It's been a long road for those involved in Kansas City 's mega-plan to upgrade its outdated international , but the process is moving along. In late 2017, a proposal by Skidmore, Owings & Merril ( ), put together in collaboration with the Maryland-based Edgemoor Infrastructure & Real Estate, was overwhelmingly approved by the local city council, but less than a month later, things seemed to have gone awry.

KANSAS CITY, Mo. -- A teacher who directs a transitional program for students at East High School was pleasantly surprised to find out she was the recipient of much-needed school supplies. She was even more surprised when she found out a coworker also nominated her for FOX4's Pay-It-Forward Award, which comes with $400 cash.

Future According To Fanboys

In his Football Morning In America column for NBCSports.com on Monday, Peter King devoted a lot of space to the Kansas City Chiefs - and their quarterback Patrick Mahomes. After nearly 40 years writing about professional football, King's powers of observation are as sharp as ever.

As The World Warms


The first half of September looks warmer than normal

(KCTV) - Tuesday's high temperatures sizzled into the 90s with a heat index close to 100 degrees. If you don't like heat, you can either skip to the end of the blog or stop reading right now because warmer than average temperatures are on the way through the middle of next week.

I never talk to women's breasts. I have carried conversations with a camel toe though.

Wayside Waifs..... People should look into that million dollar NON PROFIT pet scam, their mission isnt the pets, its the donations they get from rich people who get tickles inside thinking that shit organization is actually about saving and helping pets when in reality its sole mission is all about MONEY. about MONEY!!