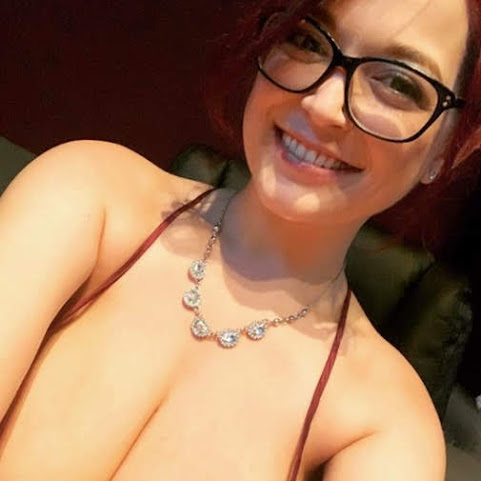 Hottie Tessa has a bit of trouble getting her socials straightened out . . . She's an iconic glam model and right now we want to help direct fans to her only Instagram outlet with a video verification as she inspires a quick pop culture peek:

CNBC: As calls grow to split up Facebook, employees who were there for the Instagram acquisition explain why the deal happened

NYT: We Need a PBS for Social Media

Closer to home, here are the nicer news links for right now . . .

KANSAS CITY, MO (KCTV) -- Country superstar Kenny Chesney will be performing in Kansas City next summer. Chesney will bring his "Chillaxification Tour 2020" to Arrowhead Stadium on July 11, 2020. He last played Arrowhead in July 2018. The tour begins April 18 with a concert at AT&T Stadium in Arlington, Texas.

The Ringer, a sports and pop culture website, has released a music video inspired by Kansas City Chiefs quarterback Patrick Mahomes that is sure to go double platinum in Chiefs Kingdom.The video dubbed "Pat Mahomes: A Special Live Performance" pays homage to the NFL's reigning most valuable player and is set to the tune of John Denver's "Take Me Home, Country Roads."

MERRIAM, Kan. - In January, Merriam Police Maj. Darren McLaughlin wasn't sure if he would be able to return to the career he loved after being diagnosed with stage 4 non-Hodgkin's lymphoma. The same day he received his diagnosis, he stopped going to work.

No Break For Local Livers

A full two months after debuting its massive new distillery, tasting room and its all-day coffee and cocktail bar, The Monogram Lounge, J. Rieger & Co. at last has debuted its star concept, the premium cocktail bar The Hey! Hey! Club. The Hey! Hey! Club, located at the basement level of the J.

The 2010 Royals were a clown show, largely because their manager to start the season was a clown show. After beating the Indians 6-4 on a Thursday afternoon, Trey Hillman was mercifully fired and the Ned Yost era began.


Upon Further Review: 10 Quick Facts About Sunday's Victory Over Baltimore

The Kansas City Chiefs remained undefeated on Sunday with a victory over the Baltimore Ravens at Arrowhead Stadium to move to 3-0 on the year for a third-straight season. Here are 10 interesting notes about the win. 1.


The Crossroads State Fair, an Izakaya pop-up at the Antler Room, and Lidia Bastianich returns to Boys Grow this week

Chef Nick Goellner will be creating a unique izakaya-inspired a la carte menu tonight at the Antler Room (2506 Holmes Road). In Japan, an izakaya is a lively place where friends gather over drinks and small shared plates. The Antler Room's version tonight will feature yakitori (skewers) and sandos (pork cutlet sandwiches), plus specials on sake.


Tessa is a hottie????? I don't think so not in this lifetime. eewwwww does she have dentures? Werewolf eyebrows too.

Maybe you can give her grooming advice, Mary.

Though she came sporting diamonds, Tessa was hoping for a pearl necklace by night's end!!!