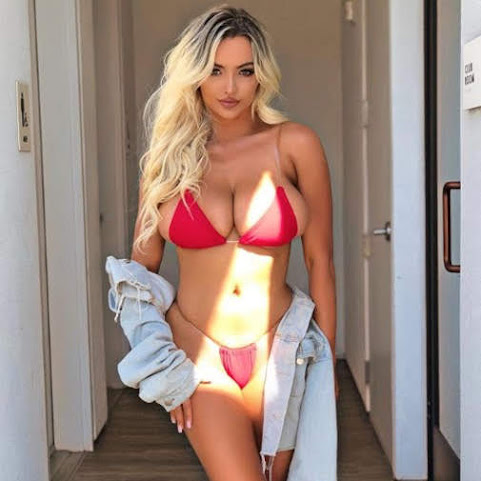 Right now we're forced to do a double take as Lindsey hotness inspires us to reconsider our worldview and take a peek at pop culture once again . . .

Insider: A woman got breast implants after a breast cancer diagnosis. Then she got cancer linked to the implants.

Closer to home, these news links are also worth a peek . . .

CELEBRATE PATRICK MAHOMES BIRTHDAY IN A BIG WAY. ♪ HAPPY BIRTHDAY TO YOU ♪ REPORTER: DID YOU EVER WANT TO SEND PATRICK MAHOMES A PERSONAL MESSAGE? WAY TO GO? THIS IS YOUR CHANCE. WE ARE ALL PROUD OF HIM AND THE SPIRIT HE BRINGS TO THE CITY.

Chiefs quarterback Patrick Mahomes on the Chiefs 28-10 win over the Oakland Raiders The over-under bet for Sunday's Chiefs-Raiders game was 53. Apparently someone thought the over was the way to go, because he/she placed a Points Bet on the game. Unfamiliar with the Points Betting works?

Underdogs On The Way

For the second time in as many seasons, the Kansas City Chiefs are touchdown favorites ahead of their high-profile game Sunday against the visiting Ravens, according to Las Vegas sportsbooks. The Chiefs were 6½-point favorites in their Week 13 meeting last year, a back-and-forth classic that Kansas City claimed in overtime, 27-24 - Ravens quarterback's Lamar Jackson lone regular-season loss as a starter.


Fine lines on race and power in KCAT's "Master Harold" ... and the Boys

Gillett and Coppage // Photo: Brian Paulette "It's a bloody awful world when you come to think of it. People can be real bastards." That comment in Athol Fugard's "Master Harold" ... and the Boys, onstage at Kansas City Actors Theatre, is not only true on a macro level but also an ultimately painful truth for the boy who utters...


Reasons to tune into the Royals these last two weeks

The Royals were mathematically eliminated from post-season contention back in August, so I would understand a bit if you haven't been keeping up with our boys in blue on a regular basis. Apparently there is another sports team that has captivated the city with a young man that throws an egg-shaped ball.


Summer-like temperatures to stick around through at least Thursday

BELLS OR WHISTLES. BUT EXCITEMENT. NICK: WE MIGHT HAVE SOME SHOWERS AND THUNDERSTORMS ON SUNDAY AS WELL. HOPEFULLY THAT'S NOT THE CASE. WE COULD PLAY IN RAIN. LIGHTNING IS GOING TO CAUSE A DELAY IN THE GAME, OR IT SHOULD. RAIN AND STORMS MORE LIKELY ON SATURDAY.

Hang in there said...

I wonder if the good people producing Master Harold And The Boys are aware of the thousands of White farmers murdered since the Communist terrorists'victory over Apartheid.

Chiefs have some real teams to play against coming up and then we will see how not ready for a Super Bowl they are.

Um, no, South Africa is now like the rest of Africa, a murderous, despotic, semi-cannibal bloodbath.

But instead let's talk about apartheid.

Which has been over for some time, in case you didn't catch it.

Current climate of race discussion in a nutshell, really. No attention to current problems, focus on obsolete rhetoric.

Do better Chimpy! Monkeys are largely ignorant of most things, including current events. :)

@5:36 Is English your second or third language ?

First of three, since you ask so nicely. Oh, wait. You intended irony.

Not only do you utterly fail to address the substance of the comment, your ad hominem is pathetic. Sub-Saharan Africa is and always has been a bucket of blood. Before, during, and after those bad old colonizers came and went. South Africa is a good example of the typical case. But I fear I detain you unnecessarily. :)

Anyway, I eagerly await your correction of my semicolons, professor.

@6:27 The comment at 2:15 compares the faux-atrocity of a rich White boy calling a Black man a "Nigger" (Master Harold And The Boys) with the very real murders of thousands of White South African farmers since 1994 --a reality suppressed and censored in the mainstream. I agree with the fact of Sub-Saharan Africa being a 'bucket of blood, etc".

And yet nobody of any consequence or substance really cares. Weird.

Oh, Chimpy. Maybe one day you can talk with humans.:)

After several cosmetic surgery procedures with part of her divorce settlement, my ex-wife liked to drop by the office to personally pick up her alimony check!!!