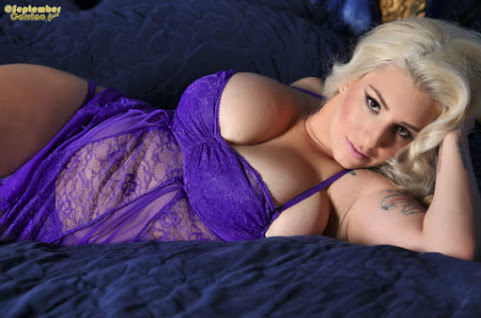 Closer to home, we're diving into these local news links also worth a peek:


Here's how Cincinnati's streetcar 'twin' is staying on track

Cincinnati's streetcar has a twin in Kansas City. The KC Streetcar route is about to double in size, while Cincinnati's still struggles to keep its footing. What is Kansas City doing that Cincinnati isn't to ensure the success of this investment?


Campaign for new downtown KC stadium could be led by fans, not politicians

KANSAS CITY, Mo. -- There's an obscure, citizen-led mechanism that could pave the way for the long-debated downtown stadium for the Kansas City Royals (and possibly the Chiefs). With a new owner in place for the Royals, discussion of a downtown stadium is heating up once again.

COUNCIL BLUFFS, IA (KCTV) -- Winky and Dwight Bush have held onto their Iowa tradition for a long time. They come up every year for their anniversary. This year marks 65 years for them going to their favorite spot, the Horseshoe Casino.

Segment 1: The most reliable source of qualified teachers now produces half the candidates it once did. The number of undergraduate education degrees awarded every year peaked in the early 1970s at almost 194,000. Today that number is less than 92,000.


The American Royal, KC Beerfest, a Spam cook-off, and more food and drink events this week

Thursday, September 12 Fans of Netflix's Queer Eye, head out to Williams Sonoma in Leawood (5204 West 119th Street) for a special cookbook signing with Antoni Porowski, who will be on site from noon-1 p.m. signing copies of his new cookbook, Antoni in the Kitchen.

OVERLAND PARK, KS (KCTV) -- When frustrated brides called NOAH's Event Venue in Overland Park, they heard a recording telling them not to call their other open locations. It also said don't stop by their closed Overland Park location or their open locations in person.


Warm weather will stick around this week

FAIRWAY, KS (KCTV) -- High temperatures are expected to be close to 90 degrees much of this week. The week got off to a hot start when a warm front jumped through the area Monday afternoon. Add in the heat index and it will feel like it's in the mid to upper 90's right through Wednesday.

DONNA: OH K, DAD FINE. BUT THIS IS THE LAST TIME, THOUGH. NICK: DANGEROUS HEAT, -- NOT DANGEROUS HEAT, BUT SUMMER CONDITIONS HANGING ON. THE BIG CHANGE COMES IN ON THURSDAY. A PRETTY STRONG COLD FRONT COMES THROUGH, AND THAT WILL KICK OUR RAIN AND THUNDERSTORMS CHANCES UP.

I bet we’re paying ten times more to keep toy train running than cincy is, the people in cincy are probably ten times smarter than our mayor and clowncil by telling them no for more money on a lost cause, they’re gonna cut their loses where our idiot loser people in charge throw more money at a lost cause.

^^Ugh huh. Matlock will be on soon!

Chimpy is back!! Way to go Chimpy. Now quit playing with yourself and you'll get a banana.

Don't give Chimpy a banana until he stops flinging his usual shit.
BAD CHIMPY!

^^and it will. So stock up on the Depends Hyper, you're going to have plenty of time to shit yourself in the next few years.

"I'm marrying my soul mate!!!! It was all supposed to be perfect!!!! My dreams have been shattered!!!!" If you're using phrasing life this, you're too immature to enter into an adult marriage. I feel sorry for the guy when, a year from now he forgets to pick up pu-pu platter for the dinner party AND NOW EVERYTHING IS RUINED!!!!!

Yawn. I'd be pissed about the money too. I'd be fighting to get it back but you have SIX! freaking months to find somewhere else to say I do. If you can't muster up some resilience, how about a sense of humor? Strike a line thru the old venue on the already-printed invites, slap a sticker with new location address and finish it with an LOL.

Marriage ceremonies are short. Life is long. It won't be the good kind of long living with a princess-y drama queen.

The cincy streetcar story probably should have got it's own thread. interesting read and shows just how much people will avoid riding a street care once it starts charging a fare...since that's why no one there rides it