Kansas City Tuesday Back To The Grind 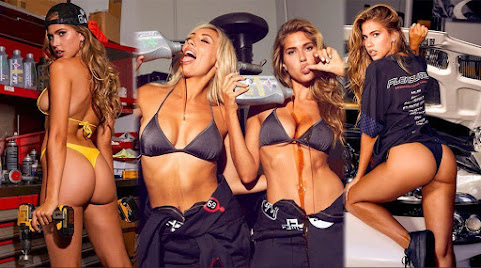 The work week is upon us again as we take a peek at some of the top news links influencing the pop culture right now . . .

New Yorker: As the Father of a Daughter, It Upsets Me That Women Don’t Get Paid as Much as Men, Because Who Will Support Me in My Old Age?

Closer to home, here are just a few of the nicer local news links worth sharing . . .

More than two dozen Russell Stover retail stores appear to have fallen victim to malware, the Kansas City-based chocolate company announced. Here's a list of the stores that may have been affected.

Kansas City, MO - For filmmaker Clayton Scott, his feature film debut is especially close to his heart. It's set in Skidmore - a small town in Nodaway County in northwest Missouri with a history of violence and murder. Skidmore isn't far from where Scott grew up, and its history inspired his film, 'Below The Fold'.


Tap List | Get A Champ Stamp To Kick Off Chiefs Season

Okay, so you don't have to get an actual "Champ Stamp," but you can drink one this Saturday at Crane Brewing Co. If you have been living in a hole, let me fill you in. A guy named David Leach from Raytown, Missouri, got a "champ stamp" you know where after losing a bet about the Kansas City Chiefs ever getting a franchise quarterback.

ORLANDO, Fla. -- Hurricane Dorian, the strongest storm to hit the planet so far this year, has people in its path scrambling to get out of harm's way. While devastating for residents in the affected communities, the hurricane also spells trouble for travelers in the Bahamas, as well as those visiting Florida, Georgia and the Carolinas in the United States.


How Oddsmakers See The Kansas City Chiefs: The Story Of The Season In 3 Bets

After an overtime loss to the New England Patriots in last year's AFC Championship Game, the Kansas City Chiefs are aiming to take the next step in 2019. Last year's squad was a tale of two teams. The offense led by MVP Patrick Mahomes ranked first in the NFL in yardage and points, but the defense ranked next to last in yards allowed.

GETTING HIS LICENSE. NICK: HE IS GOING TO GET AT LEAST SOME EXTRA CREDIT. HEAT AND HUMIDITY TODAY, IT WILL BE HOTTER AND MORE HUMID THAN YESTERDAY. THERE ARE CHANCES OF SHOWERS AND THUNDERSTORMS THIS MORNING AND LATER THIS EVENING. NOT A HIGH CHANCE.