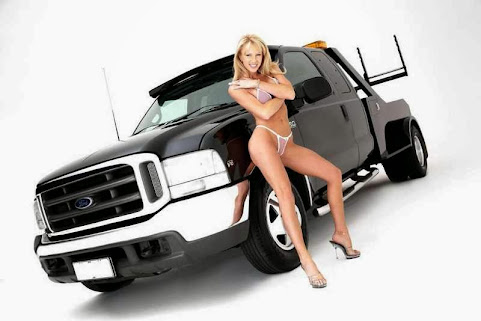 We normally steer clear of consumer stories but these accusation concern quite a few Kansas City denizens as we all journey along the road to increased hostility toward autos, drivers and personal vehicles by politicos and activists.

KANSAS CITY, Mo. - The owner of Private Party Impound, LLC has skated out of previous criminal charges, but now he faces 31 felonies for illegally towing and storing cars. There's no telling how many people have been victimized by Allen Bloodworth, butFOX4 Problem Solvers has been talking to them for 7 years.

KANSAS CITY, MO (KCTV) - The Jackson County prosecutor says a Kansas City tow operator forged state forms in order to illegally tow vehicles from parking lots in the city. The operator, 41-year-old Allen T. Bloodworth, is now facing 31 counts of forgery according to a release from the office of prosecutor Jean Peters Baker.

We encourage our blog community to remember that EVERYBODY (even the toy train streetcar) needs a helping hand from time to time. So we advise our beloved overnight readers to take care, drive carefully and hopefully we'll have more for the morning update . . . STAY TUNED!!!
Posted by Tony at 9/30/2019 11:12:00 PM

Remember that his case was cleared back in 2016. Revisiting this one was demanded by a lot of people.

Might want to hint at parking lot owner complicity here.

If convicted. Tow his as under the jail to lock him up.

Yup, Petersucker is one mean, tough prosecutor, I bet this guy is shaking in his boots at the possibility of the harsh probation facing him! Hahahahaha!

A felony would sting him because he couldn’t ever carry a weapon or ammunition. If these charges are true, what a scoundrel - deserves prison sentence, hefty restitution too.