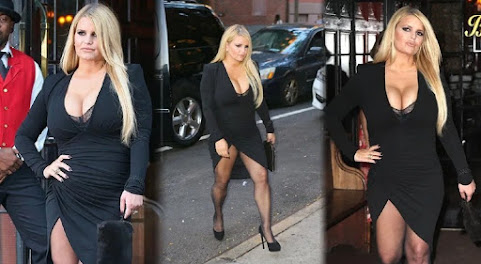 INC: Why the Best Interactions You Make Are Often the Ones You Overlook

Closer to home, here are a bevy of nicer news links we're sharing:


Local man breaks out in dance at QuikTrip

KANSAS CITY, MO (KCTV) - Often, when you go to the pump to get a quick fill up, you tend to be a little distracted. You might be on your phone or just looking at the numbers to see how much you're actually paying for gas. However, that's not the case for everyone.


Crossroads wedding venue must pay $15,000 for retaliating against employee

A Google Street View photo of 28 Event Space, a popular Kansas City wedding event space in the Crossroads district. This image was taken in April 2017. Google The owner of a wedding event space in the Crossroads district has agreed to pay $15,000 to a former part-time employee whom, federal authorities said, was the subject of a "campaign of intimidation and threats" for supporting a co-worker's racial discrimination claim.


In Focus: Minsky's celebrates 44th anniversary by going Beyond Meat

We're focusing on a Kansas City favorite that might just make you hungry. Minsky's Pizza has some new tricks up their sleeve to celebrate their 44th anniversary.KMBC's Martin Augustine is there, and he's telling us about their new Beyond Meat pizza and burgers.The Beyond Meat patties are made of a mix of peas, brown rice and mung bean, and are seasoned with Minsky's seasoning and cooked separately from their meat products.


Video: Tractor-trailer catches fire along I-49

KANSAS CITY, Mo. - A truck driver captured video Thursday afternoon of another tractor-trailer that caught fire along Interstate 49 in Grandview. Around 2 p.m., emergency crews were forced to close two lanes of northbound I-49 at Main Street in Grandview after a rear set of wheels on a tractor-trailer burst into flames.

Falls is on its way. Are you ready to bundle up in your sweater? Perhaps you're more excited about Halloween spooks and scares. Kansas City offers fall festivities all over the spectrum, and if you're looking for something to fill up a weekend, UNews has you covered.

THERE'S ENOUGH OF ALL IS LOOKING PRETTY NICE. WE ARE TALKING DRY AND MILD FOR KICKOFF. 71 AND PARTLY CLOUDY AT THE TIME -- MIDWAY THROUGH. THEY MOVED THE GAMES THE TONIGHT BECAUSE OF WHAT IS HAPPENING TOMORROW NIGHT. WILL TEMPERATURES LATER ON BEFORE DAWN, 68. 54 MERRILL - 54 MARYVILLE.

THE GAMES have been moved

Does anyone else find Tucker Carlson's complaints about "bullying" hilarious?