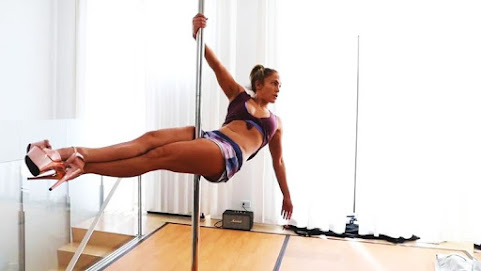 J-Lo is 50, still works the pole and proves the cultural stereotypes about aging women dancing for big money might just be based in jealousy. Check the pop culture inspiration . . .

BuzzFeed: Here's How J.Lo Learned To Pole Dance For Her "Hustlers" Role In Just Six Weeks

Uproxx: There’s One Jennifer Lopez Scene In ‘Hustlers’ That Everyone Is Talking About

Yahoo: Jennifer Lopez pole dances like a pro, 'American Beauty' turns 20 and more of this week's best in pop culture

Closer to home, here some of the more important news links we're watching for this evening . . .

KANSAS CITY, MO. - More than 40 artists from around the country are part of a festival that turns the City of Fountains into the City of Street Art. "I drove out here throughout the night," said Justin Wagher, an artist from St. Petersburg, Florida, who participated in the SpraySeeMo Mural Festival three years ago.

Patrick Mahomes Sr. was in Kansas City on Friday evening to throw out the first pitch at the Kansas City T-Bones game. The former big-leaguer spoke about his son, Patrick II, and his aspirations for a Super Bowl championship.

All Aboard Hype Train

The Kansas City streetcar project team is making steady progress in its effort to obtain a federal grant for the 3.5-mile Main Street extension, which means design updates, new renderings, project cost adjustments and a request to start the project's engineering phase.


'My concern is children are trying to sleep': New shooting range creating problems for neighbors in Grandview

GRANDVIEW, Mo. -- A new shooting range in Grandview created problems for some neighbors this week. The new project replaced a 30-year-old range, that sat 200 feet south of the current location on Arrington Road. The shooting range is city-owned and is used by the Grandview Police Department for training.

KANSAS CITY, Mo. - The Kansas City Zoo welcomed the latest addition to its giraffe herd last week with the birth of a female baby giraffe. Lizzie the giraffe gave birth to the calf on Sept. 3. The giraffe was 111 pounds and stood 5 feet 6 inches tall at birth.

When is the vote for the extension.? Please vote NO.