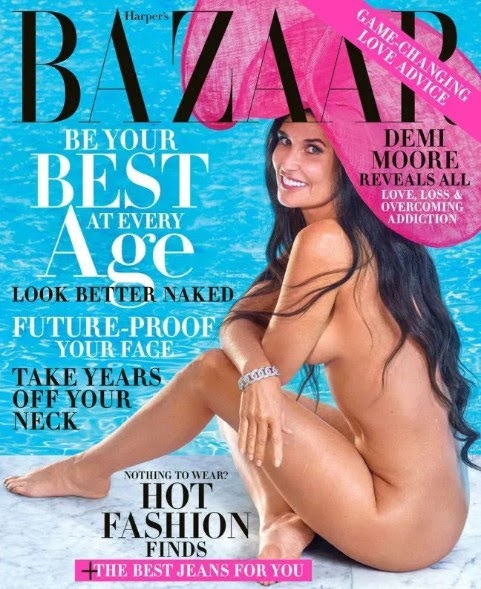 We continue #TBT with a close look at an icon and how her hotness has influenced pop culture over the years . . .

Closer to home, here are the NICER and important news links worth checking tonight . . .

Kansas City, MO - The designers have been selected, the photographers are in place, and the models are ready to strut the runway when the 16th Kansas City Fashion Week kicks off tonight at Union Station. More than two dozen fashion designers from across the country are in Kansas City featuring their Spring and Summer 2020 collections.

A Kansas City doctor is performing groundbreaking research on vaping, using a robot. KMBC 9 got to go inside his lab for a closer look at his work. Dr. Matthias Salathe spends a lot of time with e-cigarettes. "The notion was it's safe, and frankly we did not believe this," said the pulmonologist.

Olathe, KS - Johnson County Government's vehicle fleet has added its first all-electric vehicle, a Nissan Leaf. The new vehicle will primarily service the Department of Health and Environment's air quality compliance specialist, Mike Boothe, and is the third generation of a series of cars that Boothe has used to start the conversation about how our air quality can be improved by the use of alternative energy.


Dustin Colquitt will break a big Chiefs record on Sunday

On Sunday, punter Dustin Colquitt will play in his 225th regular-season game as a member of the Kansas City Chiefs. Drafted by the team in the third round of the 2005 NFL Draft, Colquitt, 37, has already played in more games for a single team than any other punter in NFL history.

KANSAS CITY, Mo. - The skate park at Prairie Village's Harmon Park is a common hangout spot for many children. The skate park was a grassroots effort by two teenagers in the early 2000s. One of them, Jake Shepard, died from cancer, two years before the project was complete.


In Focus: Craft Beer Festival of the Lost Township coming to Raytown on Saturday

The fifth annual Craft Beer Festival of the Lost Township is taking place Saturday in Raytown. The event is put together by Crane Brewing Company and Raytown Three Trails Kiwanis. KMBC 9's Cody Holyoke is focusing on the brewery and the event.The event features more than 145 brewers, along with many beers not available in the Kansas City area.

KANSAS CITY, Mo. -- It started off as a hole in the Missouri River, and then the Steamboat Arabia was dug up. Soon, we might know the worth of that treasure trove of historic artifacts. It's called the King Tut's tomb of the Missouri River.


Building humidity hints at rain to come this weekend

FORECAST, A 20% CHANCE OF A FEW SHOWERS AND THUNDERSTORMS FOR THE NEXT COUPLE HOURS. WE SHOULD DRY OUT TONIGHT BUT WE DROP CLOSE TO 70 DEGREES. NORMALLY WE SHOULD BE LOWER THAN THAT. LOOKING AT THE TROPICS, HOW THAT IS GOING TO IMPACT US COULD WE HAVE BEEN TALKING ABOUT IT.

"Boothe has used to start the conversation about how our air quality can be improved by the use of alternative energy." Unless his electric autos are entirely powered by lightning, solar panels or small wind turbines, this guy is full of shit. EVs get their power from the same sources as the rest of us do, primarily from fossil fuels.


Now shut up and pay ur' taxes.

Demi Moore is a good looking woman that hasn't had a profitable product in years. There is a truthism that goes "Talent goes to work, non-talent goes nude.

"DEMI MOORE REVEALS ALL!"
And airbrushes lift, tuck and cover most of it.
She was born in Roswell, NM - what do you expect?