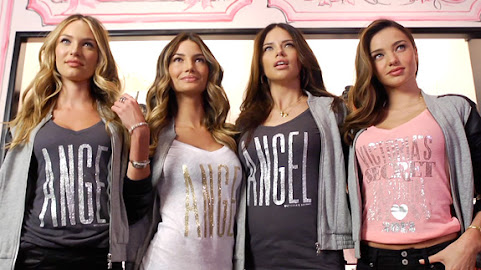 Quick look at the hottie discourse to inspire our news journey for Sunday . . .

Closer to home, here are just a few of the news links we're checking right now . . .

Deep in the wooded bluffs along Historic Northeast Kansas City's Cliff Drive, midsummer afternoons buzz with the sound of cicadas and an occasional rattle of chains. The hum of East Bottoms industry below is subdued, aside from an occasional train whistle. There's hardly a break in the surrounding greenery.

It's been five years since the Ruskin Hills neighborhood of Kansas City, Missouri, had a new business come in. It was a Burger King.

The Kansas City Repertory Theatre on Sunday announced that Stuart Carden will become its new artistic director. His first day in the office will be Tuesday, Sept. 3. "This is all so fresh," Carden told KCUR.

JEFFERSON CITY, Mo. (AP) - The Missouri Department of Corrections is partnering with a university to launch college-level classes designed to train murderers, rapists and other long-term inmates to be ministers. The program with Hannibal-LaGrange University is expected to begin in December, offering a bachelor's degree that focuses 60% on counseling and 40% on theology, the St.


Ready for change: Running for office as a 21-year-old college student

The Kansas City Chiefs have made their cuts to get the roster down to 53 players. To do so, they kept three quarterbacks, five running backs (including fullback Anthony Sherman), five wide receivers, three tight ends, nine offensive linemen, 10 defensive linemen, six linebackers, nine defensive backs and three specialists.

Sunday temperatures top out in the lower 80s.

Who goes to the Nelson-Atkins to see art? They want to go there for food trucks, red cup beer, and putt putt golf on the front lawn.


Shh don't let the mindless herds see this. Your a vestor damn it! STFU!

Q needs to get out the mirrors and turn the smoke machine back on.

Message to Stewie - DON'T SELL THE PLACE IN CHICAGO!
When the Missuz gets a look at KC, she'll be back there as fast as she can navigate her way through the KCI mess!

But, give Quinton, Troy and the Gopher three years, and they'll have the Streetcar extended to ChiTown, at a cost slightly over 3 years US GNP!

"designed to train murderers, rapists and other long-term inmates to be ministers."

It boggles the mind! There is just too much to say about this. One must use common sense to consider the idiocy of the above program description, on so many levels, including wasted taxes.

Too bad the re-training program is too late... I would love to see "Father Manson."