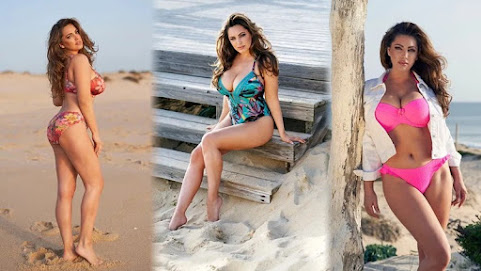 The 39-year-old enduring Brit model and presenter inspires our early morning peek at pop culture around he world . . .

CNN: A female James Bond? It's the last thing we need

Closer to home, here are the somewhat nicer news links for right now . . .

KANSAS CITY, Mo. -- A Kansas City man is warning you to be weary of a new way thieves are trying to steal your stuff. His parked truck was broken into -- even though it was locked. "Just got a brand new vehicle. My first one since my 2005 Corolla," said Brad Walsh, of Waldo.

Bronze statues of President Donald Trump and future U.S. presidents will likely be installed along Kansas City Street and a portion of Main Street. The foundation in charge of the City of Presidents project has identified four intersections along those streets as potential sites for 16 statues.

UMKC's Pride Alliance packed into Oak Street Residence Hall last Friday to kick off the new academic year. About two dozen students showed up to bond over pizza and games at Pride Alliance's first event of the year.

Longtime St. Louis-based gallerist and nonprofit leader Robert A. Powell is bringing the annual "All Colors" exhibition to Kansas City this fall. The salon-style group show founded in 2017 will run from Oct. 4 to Nov. 30 at the Leedy-Voulkos Arts Center.

The Kansas City Chiefs have spent the majority of their existence as likable and boring. A Midwestern franchise with an insular base that kept mostly to themselves, Chiefs fans were known and appreciated for the loyalty and passion they exuded for their favorite football team.

THEY WILL BE HEADING TO LAS VEGAS SOON ANYWAY. NICK: SUNSHINE. VEGAS BABY. THERE WILL BE SOME SUNSHINE BUT THE BIGGER STORY IS SUNSHINE, STORMS. CLOUDS WILL GRADUALLY BUILD THROUGH THE AFTERNOON INTO THE EVENING. RAIN AND THUNDERSTORMS ACROSS KANSAS AND NEBRASKA MAY SCOOT INTO NORTHWEST MISSOURI THIS MORNING.

Who's heading to Lost Vegas? What the hell does Shit Vegas have to do with weather?


Seems to me Kansas City has become racist against white people. We have a Latino Festival and an art mural with a big black face on it, isn't that what you people have accused us whites of doing? Aren't you violating your famous political correctness policies? Stupid liberals tricks are for kids.

^^^Don't think anymore dummy, you don't do it well. If all of this offends you, STOP READING ABOUT IT!!!!! Mind your own business. How about that?? There.

FTW if this offends you, stop reading about it. Mind your own business. That will work for me and my white privilege. Trump 2020

So Rapid City will have a statue of President Trump and the fifteen Democratic Presidents that will follow him along their Kansas City Street downtown. Looking forward to seeing that.

Will someone tell this weather guy to finally get a new hairstyle coif? He looks like an idiot with that style.