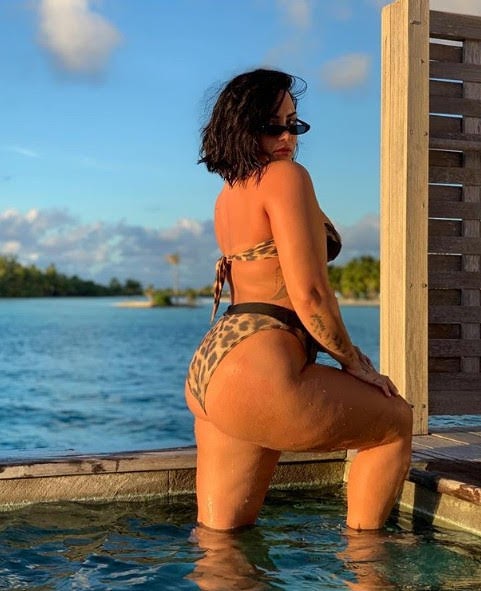 Singer/songwriter/actress Demi Lovato earned high praise for her "bravery" and this bikini photo and this morning she inspires a quick dip into the world of pop culture . . .

KANSAS CITY, Mo. -- Hundreds of dump trucks drive up and down the two lane Stark Avenue daily in an otherwise quiet South Kansas City neighborhood, moving dirt from one part of town to the other. They're hauling 430,000 cubic yards of dirt from a pair of 80-acre adjoining parcels in Kansas City and Grandview off Longview Road.

Capital Grille has relocated to the more prominent corner of Broadway and Ward Parkway after 18 years on the Country Club Plaza. Its former site on the west side of the Plaza is set for a new Nordstrom store in 2021.

When pioneers set off in covered wagons from Independence, Missouri, on the Oregon Trail for "The Great Migration of 1843," it was a 2,000-mile trek that would take an average of five months by covered wagon.


Breaking down the allergen counts in Kansas City

KANSAS CITY, MO (KCTV) -- Allergies are affecting a lot of people in kansas city right now. And if you have itchy eyes or a runny nose, you can probably blame ragweed. As expected, the current pollen counts for seasonal allergy individuals especially ragweed sensitive people are not good news.

Following several months of painstaking work, most of it done themselves, entrepreneurs and business partners Zaid Consuegra and Lydia Palma are finally set to open their all-vegan burger diner, Pirate's Bone Burgers, on Mon., Sept. 16. It is not the first business for the pair, but it is certainly their largest and most ambitious.


WalletHub ranks the happiest states in America. See where Kansas and Missouri land

KANSAS CITY, MO (KCTV/KMOV)-- Don't worry, be happy! Happiness can stem from various factors such as spending time with loved ones, money and also our surroundings. WalletHub is ranking the most happiest states across the nation-- but where does Kansas and Missouri land on this list? Data obtained by WalletHub ranks Kansas at No.

SOME STORMS COULD PRODUCE SEVERE WEATHER. RIGHT NOW IT IS A MUGGY MORNING, 70 THREE DEGREES, SOUTH WIND AT 11 MILES PER HOUR WITH THE DEW POINT IN THE UPPER 60'S CLIMBING TO THE LOW 70'S THIS AFTERNOON. THAT WILL MAKE THE AIR FEEL HEAVY. NO RAIN OR STORM CHANCES TODAY, JUST STRAIGHT HEAT.

^^It's terrific to be here!

Demi Lovato’s ass is fatter than a hog’s ass. Not quite as far as lard ass Demi Rose, the official whore of the NBA.

^^Thanks for the observations shorty. Now go back to jacking off to Murder She Wrote.