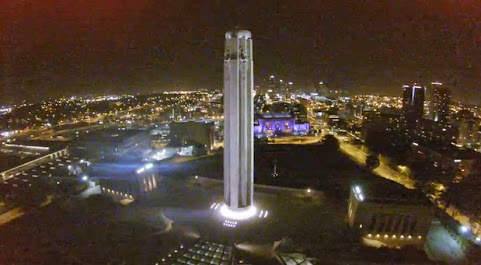 Tonight we share a glimpse at news links still worth a peek which provide an overview and more insight into this town for our most dedicated newshounds . . .


Priest says, 'Pregnancy is not the problem, fornication is' in fired teacher case

LENEXA, Kan. - There is a new push to meet the desperate need for more affordable housing in Johnson County. Johnson County Housing Services recently created its first-ever 'Landlord Recruiter' position. Pam Harris has been in the role for a little less than three months. "The role is exciting," Harris said.

Homicide In The Stix


What needs to be addressed the most by the Royals this off-season?

There are still three weeks left in the regular season, but the Royals have already been eliminated from post-season, and let's face it, they were out of contention after the first week of the season. The club is very likely headed to their second consecutive 100-loss season, which means there is still a lot of work left to do in this rebuild.

A rare Harvest Moon will appear in the night sky on Friday, September 13th. The last time the U.S. saw a full moon on Friday the 13th was October 13th, 2000. It won't happen again until August 13th, 2049. According to NASA, it's called the Harvest Moon because it's the full moon closest to the autumnal equinox.

Another warm and sunny day in Kansas City. Highs topped out near 90 and the humidity is running on the extremely muggy side. Yep, it's the recipe for the potential of strong or severe thunderstorms on Thursday! And still looks like we need to keep an eye on the sky Thursday afternoon.

Why is that black lady west of Troost ?