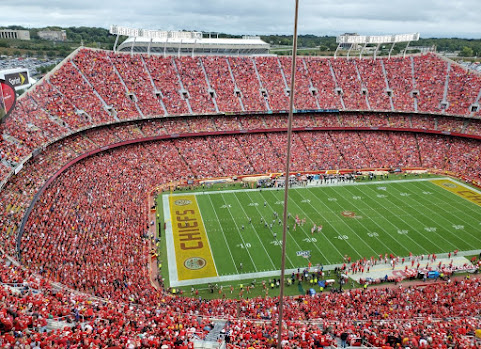 A recent Rush Limbaugh column is a perfect exemplar:

Why NFL Stadiums Are Full of Empty Seats

HOWEVER, it should be noted that Arrowhead enjoyed a capacity crowd and counted Sunday attendance at 73,390 -- 96% of capacity. That's impressive but the Chiefs are undefeated and have the best quarterback in the league.

If the team should falter even a bit, there remains a big question of local fans will endure the maxed out pricing which includes 60 bucks for parking. 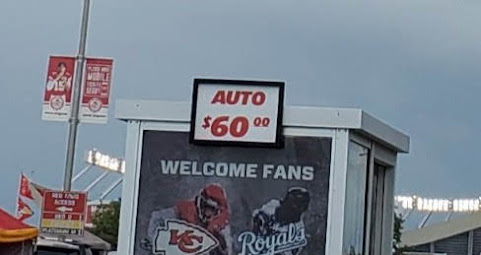 Remember that the Royals were playing to big crowds less than two years ago but now the team is giving away tickets and only 1/3rd of their stadium was filled this year.

Yes, with White, suburban appropriation being a dominant thing in Kansas City, these fake Kardashian types will always support the Chiefs. Chiefs fans arent from Kansas City.... they are from everywhere else besides Kansas City: Overland Park, Liberty, Witchita, Lawrence, Basehor, Bonner Springs, and even some weirdos from Nebraska, Ohio and Iowa.

Arrowhead has better attendance than most.

All bets are off after the Mahomes contract runs out.

In the days before Marty's third year....only televisions in bars had the game on.

You're linking bullshit Rush Limbaugh articles now? The "caller" describes a 1/3 full stadium at halftime. Of course there were empty seats, it's halftime! I watch parts of nearly every game on Sunday Ticket and there are not tons of empty seats at every game. Miami? Sure. Jacksonville has always struggled but the rest of the NFL is doing fine. Look at Arrowhead when the third quarter starts, lots of empty seats because thousands of people are still in the concourse. Can't believe you rubes are still stuck on a few black guys kneeling during a song. Collusion with Russia and Ukraine? That's fine. Have to get a spy out of Russia because the CIA is scared the fat orange fascist will give him up to Putin? That's cool. A handful of black guys kneeling during a song? Oh, my feelings! You rubes constantly have your eye off the ball and fall for the stupidest shit.

@6:40 hit the nail on the head with regard to the "Dancing Monkey" in the White House, all eyes are on his capers while the GOP quietly goes about its one goal, directing cash from the Productive Class into the hands of the Wealthy.

It's pretty apparent that you have no clue what is going on. The people who put cash in the hands of the wealthy are you liberal democrats. The so called dancing monkey in the White House has put thousands of people back to work the the Dancing APE MAN Obama put out of work to support terrorists in terrorist countries and to support globalism which is obvious you know nothing about!

I hate ignorant people like you who support anti American ways and embrace globalism and slavery. What do you think the NFL is you stupid moron????? Try Big Business in the worst way!!!!!!!

Who cares about the cheaps ?

7:02 pulls up in his windowless van covered in Trump regalia and drops a turd on the TKC comments section.

I wouldn't pay $60 for parking to watch the second coming in person.

"I'd rather see empty seats than negroes in those seats," said one owner on condition of anonymity. "An empty seat isn't going to rob, rape, kill, knife, assault or steal from a paying human customer," he said.

I might pay $60 for parking to see McHomie sacked about 10 times in one game for all to see he isn't the second coming.

^^Ha! Broke-ass geezers who cannot afford to attend bitching about it. I can afford it, and I have season tickets. It's a fantastic time. Mahomes is absolutely worth the price of admission. Sorry, not sorry you rubes don't have the jack, or the friends to go with. Rest assured you are not missed!

Oh Chimpy. You can't even watch TV in the zoo! You suck bananas and make faces. Lol

7:02 It was Trump who gave a massive tax cut to the wealthy.

I appreciate that "globalization" is a dirty word among conservatives, but we live in a interconnected world, instead of an isolationist bubble.

But then, denying reality is what "conservatives" are all about.

Enjoy it while you can, schmos...one of these days it'll be a thing of the past. Head injuries and millennials will kill it off, and deservedly so.

Damn it was so nice around here when Funky was locked up.

10:20, you are a cross between Johnny One-Note and the Village Idiot about Trump's tax reductions. Here's an article from Forbes that will help you understand it better. (Pro tip: don't click on the link if you have trouble with multi-syllable words or numbers with decimal points. That includes you, Copro Boy.)

"Hence, TCJA was progressive as conventionally defined. The rich received less than a proportionate share of TCJA’s total tax cut. The very poor benefited even though they pay negative net taxes."