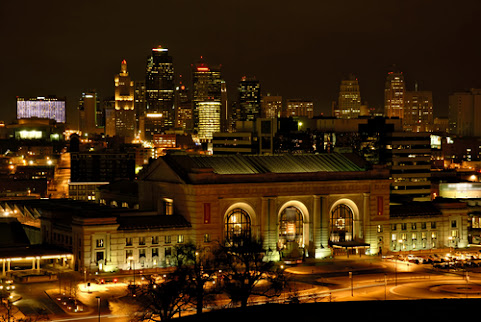 Quick look at local news links that didn't really fit anywhere else but deserve a look for our most voracious Kansas City morning newshounds . . .


Man in custody in connection to house fire on Woodland Avenue

KANSAS CITY, MO (KCTV) - A woman was sitting on her front porch when she noticed a man leave a home in the 4400 block of Woodland Avenue Monday around 6 p.m. Next thing she knew, the house was up in flames. A man was sleeping inside the home at the time it caught fire.

In the first week that Independence citizens can first pick up packets to run for the City Council next April, 20 possible candidates have taken that step, including all four incumbents.Getting a packet of election materials does not mean someone will file to run.

Tragic Crash Across The Bridge


3 injured after head-on collision in the Northland

KANSAS CITY, MO (KCTV) - Three people have been injured after a head-on collision in the Northland. Officers were called to North Oak and NE Barry Road Monday just after 5 p.m. for a vehicle wreck. Police told KCTV5 News that one person is in critical condition and the other two injury statuses weren't available right away.


Homeless man rapes sleeping woman who let him in to use her shower, Missouri cops say

Sexual violence is a social and public health problem in the U.S. The National Intimate Partner and Sexual Violence Survey says nearly 1 in 2 women and 1 in 5 men experienced sexual violence victimization other than rape at some point in their lives.


Kansas says wait time to get a driver's license is shorter

OVERLAND PARK, Kan. - From lines out the door to now waiting less than 20 minutes, the Kansas Division of Vehicles said it should take you half as long on average to get a driver's license today than this time one year ago.

The Kansas City Chiefs have lost another member of the teams that appeared in Super Bowls I and IV. On Saturday, Chiefs Hall of Famer E.J. Holub died at the age of 81. Known as a fiery competitor, Holub was a first-round draft pick by the Dallas Texans of the AFL before they moved to Kansas City and became the Chiefs in 1963.

KANSAS CITY, Mo. -- The mother of a man who was shot and killed in 2017 is hoping that an increase in reward money will help solve her son's murder. Jackie Bass just passed the two year mark of losing her son, Kendrick Anderson.