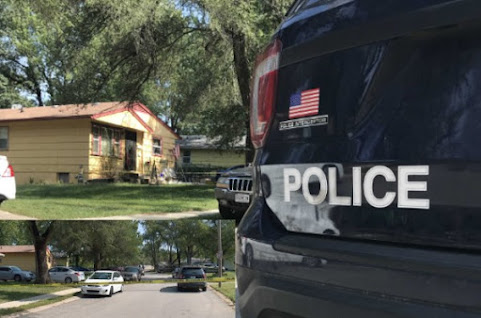 The murder count continues to climb after another bloody weekend, this week is off to another deadly start . . .

Initially this crime scene was reported as a shooting but now police clarify that's not the case:

"Kansas City, Missouri, police are investigating a man's death as a homicide after he was found dead inside a residence on Monday morning.Shortly before 10:45 a.m., officers were called to a home in the 9100 block of East 43rd Terrace on a medical call. They found the man dead inside the home."

Again, this is homicide #110 so far this year compared to 93 at this time last year for an overall 18.28% increase in murders YTD.

KSHB: They found the man dead inside the home. His cause of death is under investigation

^^^^ Actually, when you think about it there have been a lot of quiet weekends where nobody was killed. Seems to be getting worse toward the end of the year. There has been more consistent violence in years past but a string of fatal double shootings pushed us far ahead of last year.

Welcome to the new normal.

Did anybody see what happened in Minneapolis?

There IS a problems with this race.

Was the suspect white? Didn’t think so?

There were 14,000 gun deaths in 2018 and even if the definition is stretched to the max - 340 deaths in mass shootings. Yet all the press talks about is the mass shootings. I suppose if you are a journalist its better to not mention the failures of your hometown. Ban semi automatic rifles, do background checks and if by some miracle that stops mass shootings there still would have been 13,760 who died from senseless violence in our cities.

What was their response time?

The lying commies in the press know that if our country is disarmed then their leftist criminal collaborators in the deep state can destroy the country unchecked. Why do you think they wanted their Marxist pal hillary in , she could conceal all of their crimes against America and further the thievery of the country’s wealth. These brazen commie criminals took notice of other countries that had been disarmed by criminal governments all the while realizing they could destroy America through leaving the populous defenseless. The only way to stop the traitors imbedded in the government is exposure, prosecution, prison and or execution otherwise these traitors will never quit trying to destroy America