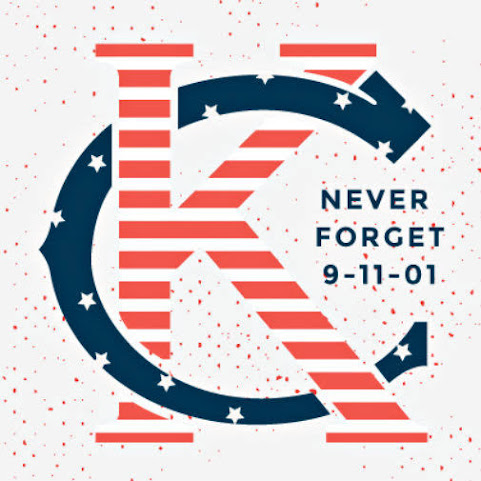 To conclude today's theme we share an provocative perspective sent our way from the KICK-ASS READER COMMUNITY.

Not sure we agree but there's no denying this constant reader has been paying close attention to the local discourse and recent 12th & Oak gun crackdown ordinances and conversation.

"TKC, first of all I want to thank you for being one of the few if only news sites that mentions the struggle between liberty vs. security. It's a constant battle that has been waged since this nation was founded. Lately I've noticed how both progressives and Conservatives have flip-flopped on the issue of our government's power. Remember that critical thinkers of from both sides of the aisle disapproved of the so-called "Patriot Act" and government spying in general. So many years later as the public memory of the tragedy fades I notice both parties betraying their values. Republicans have abandoned the principle of limited government when they advocate for the big government expansion of immigration powers that also make life harder for legal immigrants. Meanwhile, the Democratic Party once again shows their hypocrisy when they attempt to PROFILE LEGAL GUN OWNERS with red flag laws that are Orwellian, oppressive at best and rely on the same kind of stereotyping which liberals claim to oppose  . . .  The point here is that so many years after terrorists attacked our freedom we can look closely and see our political parties giving into fear and responding to threats with panic instead of courage and resolve to keep the Constitutional Rights of Americans intact. Almost 20 years later I hope that some of your readers understand that the war against terrorism is all for nothing if the U.S. sacrifices its values and freedom in a fight against itself."

KCTV5: How to teach a new generation about 9/11

US: A firefighter who died on 9/11 was finally laid to rest. 1,109 victims remain unidentified

Time: Why This is the Hardest 9/11 Anniversary of Them All

FP: It’s Hard to Commemorate 9/11 If You Don’t Understand It.

I think that last onion link pretty much sums up today's memorial too.

I guess the late night belongs to Michelob and Libertarians here at TKC. I like it when people are passionate about their beliefs but that is some Alex Jones shit there, dude. RELAX. It shouldn't be a surprise that both parties suck and that's probably why less than 1/4th of people who are eligible to vote even bother with it.

Actually it's the Republicans pushing red flag laws to deal with screening for mental health issues. When 90% of the public is asking for new gun control restrictions, politicians of all stripes know they have to do something.

The Democrats believe red flags are a weak half measure. They want full background checks on all sales, more licensing and registration laws, and a outright ban on assault weapons.

7 out of ten, none were Asian. Asians never were slaves...lol.

9/11 the day physics took a long lunch from reality.

IF the Federal Government really wants to take a significant action toward reducing gun violence, there is a low-cost, effective step they can take without the need for new legislation.

First, we need to recognize the deep unspoken fact that Gun Manufacturers, the NRA, and the more rabid 2nd Amendment supporters try to ignore, that there already exists a "National Gun Registry" of every gun manufactured in or imported into this Country in the past 75 years, and frequently earlier. BATF has copies of all those records.

So, as a first step, if they are not already normalized and digitized, do so.

Then, fund adequate "search capabilities" so that Law Enforcement agencies can request records of any firearm that they obtain as part of a criminal investigation, such as having been used by an eighteen year old to fire randomly into a crowd at a street festival.

From the record of the "trail of possession" of that firearm, the Law Enforcement agency, or the BATF can track the firearm to determine how it came into the hands of the malefactor. Was it stolen? If so, was the "theft" duly reported? If not, why? Was is sold? If so, did the Dealer follow existing law at the time of sale, if not, why?

It should not take long before this would start to cut down on the number of "Kitchen Table Gun Dealers" who do not follow the existing requirements, and help uncover those unfortunates who have thirty or forty handguns "stolen" from them each month, with no police Reports ever being filed.

And, since the NRA is historically on record as supporting both the Firearms Control Acts of 1934 and 1968, and since Wayne LaPierre is currently stating in commercials that "the NRA fully supports the efforts of Law Enforcement to control illegal sales of guns", surely that organization would support these measures fully.

Yeah, no need to PUNISH THE SHOOTERS. It's all those pesky guns.
The Texas shooting was terrible, no argument.
Chicago's holiday weekend, over 30 killed. Does anyone recall any msm news about that, compared to Texas?

And we sure as hell don't want to comment about WHO does most of the killing in this country, particularly in light of their small population percent relative to the entire populace, oh for heaven's sake NO!

^^^Ugh huh. Get out of the way. We are moving through you on gun control.

^^^^That's What You think ! You folks have zero common sense.You can't figure out how to take the guns away from the criminal class so you'll just take them from the Law abiding citizen so you can FEEL BETTER. What part of Shall Not be Infringed do you not understand....