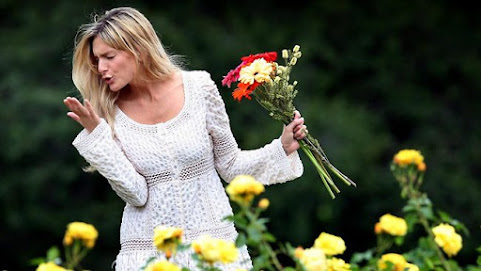 Over the past few days Kansas City has suffered a plant-based debate which has sewn discontent and disagreement among denizens of the local discourse desperately searching for the best way to lower one of the top crime rates in the nation.

This week the KCPD top cop connected marijuana to violent crime and helped to thwart legislation that would have moved forward de facto weed decriminalization on local streets via an ordinance that would've allowed near "distribution levels" of pot to be protected under personal use provisions.

The push back against the KCPD Chief was stronger than expected as social justice advocates from across the city denounced the argument and attempted to debate the issue with their own theories. The most popular missive contends that racism and poverty contributed to violent crime far more than weed.

TKC SHARES THIS SCIENTIFIC FACT CHECK REVEALING THAT POLLEN PROBABLY IMPACTS KANSAS CITY CRIME MORE SO THAN ANY OTHER PLANT!!!

Given that the recent rain has made everyone a bit stuffy as of late, here's expert research offering an important local explanation:

Looking at daily pollen counts across 16 U.S. cities (INCLUDING KCMO) from 2007 to 2016 and crimes reported to local law enforcement that the FBI collects, the authors find that reported violent crime falls 4% on high-pollen days. That drop is about the level of crime reduction that would come with a 10% increase in the size of a city’s police force, the authors write. The paper adds to past research investigating how health and other shocks — like football upsets — affect crime rates.

“Usually people look at effects of criminal justice policy, like incarceration rates and prison time,” says Monica Deza, assistant professor of economics at Hunter College and one of the paper’s authors. “Those are not the only approaches to fight crime. Not that increasing pollen or health shocks is a tool to fight crime, but it’s something to take into account . . . ”

“If people could manage their anger without being sick that would have positive effects on crime even on days when we don’t observe these health shocks,” Deza says.

And so, if local authorities, elected leaders and activists are dedicating valuable time to arguments regarding illicit agriculture and theories related to its crime impact . . . Our blog community features BETTER SCIENCE than both police and SJWs which offers a broader study about the effect of the environment on our health and lives -- A historically proven axiom which certainly isn't anything to sneeze at . . .

But maybe we also have to start thinking about what life is going to look like when the next president or the one after that moves marijuana off the DEA schedule 1 list. After that we're going to be dealing with a tidal wave of pot on KC streets and the political arguments won't really matter much after that.

It's a not just a poor tax, it's an IQ tax. In most cases, if you're getting busted for marijaua you're either a dealer moving a lot of other product or you're somebody who is slightly impared. Charging these people is unfair and they don't really pose a threat to anyone but themsleves.

Weed is bubble gum in KC. This debate is academic, look around and people are smoking it on the street.

Countdown to to the racist troll who wants to make a racial argument when the fact is that they lock up more whites on weed charges than anyone else. Poor whites take the brunt of the weed jail time because they can't get their sentences knocked down and nobody really takes much mercy on them anyway.

Don't feed the trolls dude. Makes them think they actually have an impact when most of their stuff just gets ignored.

Hear what you're saying about broke people taking charges though. Rich vs. poor is real division in the American justice system.

Remember this story, it was a pretty good example of what you're talking about 5:23:

Jeff Mizanskey, Sentenced to Life With No Parole on Marijuana-Related Charge, Walks Free

I agree with the Chief. There are enough drugs on KC streets as it is, why allow more?

Too many guns are the problem, not marijuana. Marijuana is just a benefit for the late night pizza delivery business.

Missouri overwhelmingly approved the use of medical marijuana. If there was a vote today, recreational marijuana would win in a landslide. Locking people up for marijuana is one of the worst wastes of government resources allowed. Time to end it.

Look to municipal court, there's a lot of progress in getting people treatment instead of the just handing down harsh sentences and calling them killers, I wish the Chief would have focused on the negative impacts of addiction.


Help Help I'm sneezing I think I'll go hit someone.
Give me a flipping break.

First excuse was it’s not murder it’s revenge killings, to them that’s different, then racism made me do it, then marijuana made me do it, now it’s pollen, the msm will do anything not to call it murder when it comes to the murderous blacks. Sad.

^^^^ Hey man, why don't you find another blog and stop spamming this one. You just repeat the same thing over and over and never add any original thought. You could use your time a lot better on your own blog or social media account, nobody wants to hear your garbage. It ain't funny and it don't make me laugh.

6:41 Chimpy dance for us or no bananas for da monkey! Hahahahaha!

I guess the truth hurt you didn’t 6:41, quit ignoring it, accept that it’s all the murderous blacks causing this city to fall completely apart and your turning a blind eye to it won’t make it go away. Also blaming whitey for everything won’t help either so......

You could take your own advise and go somewhere else it the truth bothers you.

^^^^
Don't really give a damn about your "truth" it's just boring. Not funny, not interesting. I know for a fact that the people who help run this blog don't care for it.

There are a lot of places you could go to spread your message. This blog would be a lot more fun without you. I'm just saying in the future, I'll be on the blog and you won't in the meantime you're just ruining it for everyone and making the conversation a downer and really dour. The comments can be funny and even rude, the same old black stuff is just a drag and note the least bit interesting.

There are at least four major contributors to this blog who want TKC to take the comment private or eliminate them and move them off site. That is possible but it's really only you @6:51 who seems to be the problem.

Get a life, go somewhere else.

I know for a fact you're not wanted by the people who have the biggest stake in TKC and actually like the content.

Hey, the comments might go private. TKC has even posted about it before.

The racist troll can take his stuff to storm front and nobody would miss him here. There are a lot of great people who are really funny and post here regularly, it would be a shame to inconvenience them all just because one guy has a mental problem.

I'm just saying he would be happier at some place like storm front or another blog where he could find people who agree with him. Trolling a KC blog just seems like a waste of his time and ours.

Even now, this was a funny post that didn't have anything to do about racism but the troll made it about him and his problems. Not too cool.

Maybe he's just trying to sabotage but I'm taking a chance that he might be a decent person and that's why I'm asking that if he's really dedicated to making every discussion into a racial b.s. session and just repeating the same stuff, he'd be better off somewhere else.

^^^ no, sounds like you have racist problems by constantly bringing up a website that nobody here had heard of before you started bringing it up, look dude, your problems are your own, own up to them and quit making crap up about white people.

Apparently since we don’t buy into your “narrative” you can’t handle it. It’s not whiteys fault, get over it. Sad.

“Please refrain from reading this blog if you don't have a sense of humor and a good looking mother.”

Pollen is racist because it affects black people at a disproportionately higher rate than white people. Probably because their noses are larger.

If people really liked your comments they would agree with them and mention you. People like Chuck, Tracy and Super Dave are just better commenters than you. In the end, this ain't your blog or mine. I'm just saying you aren't a very good guest.

As much dick as you suck, you would be better off elsewhere.

Why we need climate change a lower crime rate.

Gee Greedo I thought this WAS Stormfront.

^^^^ Lulz, you're stupid. But hey, at least we know from this exchange that TKC is willing to talk about the comments. Maybe it's time to change?

Not very inclusive, are you? Perhaps the racist is you? Better check yourself before you become the hall monitor. You obviously have issues, Greedo. I hope you get help.

A commenter says the holocaust was fake.

I call him a Nazi.

Tony deletes my comment, but not his. His comment is covered by "free speech"; apparently mine wasn't.

^^^ bLIEron, yours get deleted because you’re an idiot with violent and racist tendencies that’s why

Please, Byron, chuck is a FEATURED CONTRIBUTOR here! Have some respect!

Yeah he's a racist misogynist pig but if he's the kind of person Tony wants to feature then I guess that's pretty telling wouldn't you say?

I'm sure the time he advocated the genocide of blacks and blatantly telling us to EMBRACE WHITE POWER without understanding, really, how that comes across, is just a misunderstanding!

^^^^ Typical Liberal Liar. He didn't write anything of the sort. When you fabricate you expose youself as a liar.

You are one sick puppy, no where does he mention any genocide of blacks, why is it you can embrace black power and whites can’t embrace white power? You actually come off sounding like you want to hurt chuck, better be more careful with your false accusations,racist and violent hate or the po po will come knocking.

Fuck You and leave us Byron if you don't like our rules.

Without the "racists" this blog will fold up like a sheet.