TKC #TBT QUESTION: WOULD YOU VOTE FOR JASON KANDER AGAIN?!?! 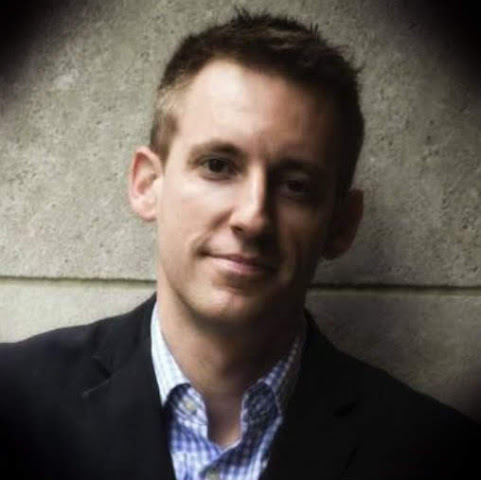 This week his work a project helping Kansas City veterans earned and exceptional amount of local and national news coverage.

Both Jason Kander and his wife are offering healing advice and seem to be working through this mental health issue famously.

Jason & Diana Kander: Five Lies We Tell Ourselves About Trauma

And even more interestingly than all of that . . . He's back to social media taking shots at the Prez and earning quite a bit of acclaim for doing so.

Accordingly, given that he could score a VP spot or launch another campaign for office from KC . . . We ask our blog community . . .

WOULD YOU VOTE FOR JASON KANDER AGAIN?!?! WHY OR WHY NOT?!?!

During recent interviews he has talked about the challenges of starting another political campaign given the stigma of mental illness. Then again, there's no questioning that his recent publicity blitz has helped to change many of those negative perceptions.

And so, as always, we turn to our blog community for perspective, insight and real talk.

I'm sure there will be haters here but the answer is:

Would have liked to see him finish the race for mayor and win. I think KC would have been in a much stronger position. The way things are looking now. The same old status quo is at work and the problems facing KC are already getting worse.

It's likely local voters will get another shot to support him very soon. I think that any opponent who goes after his mental health issues will pay dearly for it in terms of votes. He has always had a lot of support from KC, doubtful this changes anything.

He should have been Senator. He would trounce Hawley.

I would not vote for Jason because he is such a cunt. I would get on top of Diana, though.


You know I'm sorry he has PTSD but why would you vote for someone after he said he couldn't handle the job and pressure? You liberals just don't think, it's pathetic. Such idiots!

I need to contact the Wickham-James firm to see what they think before I answer that question.

^^^ If they don't have answers you I recommend calling Dewey, Cheatem & Howe.

No. I have no sympathy for these PTSD pussies. No one forced him to go and kill people. Deal with it.

^^^ Or call the firm that writes the drafts of TKC posts for Trump's Supporters... Over, Andover and Dover.

I kept telling myself my crazy ex wife would get better. Never happens, once a nutcase always a nutcase. Pills don't help mental issues. And hot wives only help so much. The reason divorces are expensive, is because it's worth it.

Yes, I would vote for Jason Kander.

He would have been a blessing for KCMO, But as another poster noted, such a demanding job may be too much for his condition.

Yeah, this clown is so shook-up he can't stop his relentless self-promoting

Seems like a nice, stable, and confident couple fit for serving the public in the political realm.

There is no recovering from this kind of shit.

Diana is the brains in that couple. I would vote for her. Not Jason, because he is a lying little pussy.

Sorry, but the first 4 comments above are from people COMPLETELY IN DENIAL.

Any talk of Pander re-entering politics as a candidate is the antithesis of what he needs as a person in therapy.

Do you invite a recovering drug addict to hangout with his old crowd amidst rampant drug use?

That this is even being considered, is the sign of a major relapse. Both Panders are telling you that they're SO MENTALLY WARPED, they're unable to fathom a future outside the political goldfish bowl. Is Diana Pander so lustful of the high-profile political/social life that she would push her husband back into that toxic pit?

When Pander exited the primary, he slammed the political door shut and permanently nailed it closed. He publicly stated that he'd had suicidal thoughts on multiple occasions. Now, the sympathetic Liberal media is trying to rewrite history and delete all references to that, as well as erase his diagnosis of depression, focusing exclusively on his "PTSD" or "PTS" as he likes to call it.

What's wrong with living a low-profile or almost anonymous life? A regular job with other normal well-adjusted people. You get to spend high-quality time with your young child. By dropping out of politics, Pander actually saved himself! The LAST thing you want to do is get back into it.

Right around the time that Pander dropped from the primary, I stated on this blog that if he stayed out of politics, I wouldn't release any more dirt on him. If he comes back in, it'll be bombs away. Friendly reminder.

Actually agree with one of the comments here, we all Diana is the brains. I would actually vote for her. She seems smart.

11:56pm hit the nail on the head.
When will KCMO voters ever decide that competence and accomplishments are every bit as important for elected office as they are for hiring someone in a private business and are WAY more important than being a "nice" person.
Pander is an incredible self-promoter who has skipped from one "issue" and "cause" to another, each time for no other reason than to get face-time. And what passes for local media wet their pants each time he appears.
The Pander "narrative" is about as credible as that of that Ferguson "hero" Michael Brown.
A total phony and narcissist is a poor addition to any organization.
Please go away.

All this criticism of Jason (who actually served his country) from people who suffer PTSD when they read criticism of the Great Orange One. Weird. But expected.

^^ha! Good one. Trump supporters: What bunch of losers!

Go and kill people?
He was a pencil pusher in an air conditioned tent

^^and were you there geezer? Quit swiftboating veterans fucktard, it's a bad look and UN-American. Now go do something you're actually good at, shitting your fucking diaper!

He is a good man. He was a strong candidate for the U. S. Senate. However, he was an average performer as Missouri Secretary of State. As a Missouri state legislator, Kander was ineffective and less than average in performance. My rating on Kander is great campaigner, weak public official.

@6:59am
The people who are most disgusted by frauds like Jason Pander are active duty military and veterans who actually saw combat and watched their friends get injured or worse and may have physical or psychological scars themselves.
And who appropriately take private action to heal themselves and others.
About the only thing worse than massively and fraudulently inflating an individual's military experience are the fakes who engage in "Stolen Valor" and wear medals and ribbons that they neither earned nor were awarded.
Pander's nonsense in his election advertising of re-assembling a rifle blindfolded, his book titled "Outside the Wire", and now his constant face-time about PTSD in the media are the signs of a classic narcissist who has nothing to talk about but himself and his exaggerated claims.
Maybe he and Greitens should start a consulting firm. Bi-partisan BS would be a very appropriate name.
They could compete with Sly.

In all fairness, I would vote for Pander as:

Cuck in Chief
Fake soldier with fake affliction
Most likely to handle the other soldier’s “weapons” while blindfolded.

As an elected official, hell no. Don’t need a reincarnate of Crazy Tom Eagleton