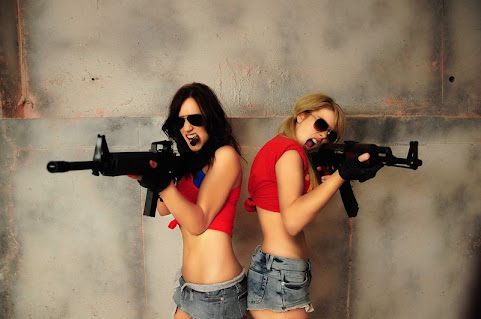 The outpouring of panic and typical responses to a recent killing in the Crossroads has elicited a fact check from the reporting partners within our blog community.

TRAGICALLY, KANSAS CITY ENTERTAINMENT DISTRICT SHOOTINGS ARE COMMONPLACE AND IT WAS ONLY A MATTER OF TIME UNTIL SOMEBODY WAS KILLED IN THE CROSSROADS!!!

THE NEXT KC PARTY PLACE SHOOTING MIGHT ALSO BE AN INEVITABILITY!?!

- The 18th & Vine District has hosted consistent weekend gunfire over the past few years and a shooting victim died in a hail of bullets just this Summer.

- Westport has struggled against shooting and violence but this Summer a victim suffered gunfire in a parking lot despite so many barricade precautions.

- In December of 2018 a group of hoodie suspects unleashed a barrage of bullets on the Country Club Plaza -- A premiere destination that has also struggled with violence & crowd control for the better part of a decade.

- The P&L District isn't immune from gunfire. Today they were forced to reassure patrons about their safety. But the legacy of an officer-involved shooting continues to haunt the local hangout. And the area surrounding the district has confronted gunfire for years -- Remember that the "College Basketball Experience" in the Sprint Center was shut down after constant gunfire following youngster gatherings.

We offer all of these examples merely to demonstrate that shooting in Kansas City entertainment districts isn't a rare, tragic accident but a regular occurrence. Local media and elected officials have been negligent in conveying the longstanding danger to the greater community and HOPEFULLY PREVENTING THE NEXT SHOOTING.

Congressman Cleaver, Mayor Lucas, others to call to end to gun violence

Police looking for solutions after recent homicides this past weekend

In conclusion and suggested by the BEST & BRIGHTEST of our blog community . . .

In Memory of Erin 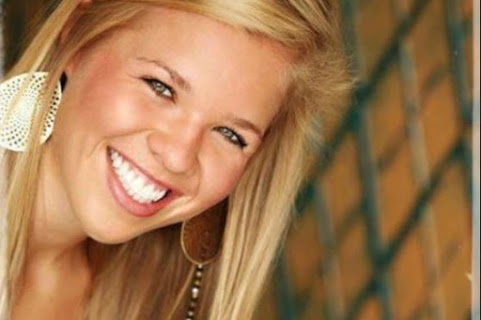 Erin’s family has requested a memorial fund in honor of their daughter and friend.

"Rose Brooks Center, standing alongside Erin’s family and friends, offer this as a way to support the work she dedicated herself to as a therapist and shelter advocate. As others have said, Erin was a gift and wanted you to be a better person. Her work at Rose Brooks was a living example of her spirit and love for others. May we all honor Erin’s memory on behalf of those she served and helped heal from domestic violence."

Blame the 25 million tourists we welcome annually. Because that fantasy is more effective than continuing to talk about gun control.

P&L district has never felt safe. There are far more fights there than what gets reported. It can be a rough crowd and always gets worse when the Chiefs are in town. They love beating up anybody who gets in the way of their steady supply of trim .

Makes sense that the 5th most violent city in the nation would also have a night life problem. You take your chances partying in KC.

The only answer is obviously to move out of town and make for the hills. Can we get a go fund me started to pay for some U-Hauls? I would gladly donate.

^^^ No need. Just look at the comparative population rates. Suburbs are still growing faster than downtown no matter how much they try to spin the data.

If you see something, say something.

Being willfully blind to what is going on in your home, church, salon, barber shop will only lead to more deaths and destruction in your community.

Cops will not be able to do what you and ONLY you folks can do.

First decent comment I've read on here since the weekend. Starts with people on the street. Turn the bums in if they're just going to shoot innocent people.

Hey!!! Democrats have a great idea, take guns away from white people!!!

How many of the shots have been squeezed off by non-blacks ? I bet zero. We have a black problem folks.

Quit trying to scare stupid chuds with this bullshit

Tragic shame for an apparently beautiful spirit. Party in southern Johnson County if you prefer to stay alive.

The so called" Golden Ghettos " of overland Park and leewood are incredibly safe to go out at night and party , see a movie, eat a great dinner or just hang out with friends , mainly because there are a lot of COPS that don't put up with any shit hole trouble makers , and many of the normal people who are out enjoying things are concealed carry or open carry , and are trained to protect themselves and others!!¡!

Yet another word for black criminals.

In the mature parts of town frequented by mature citizens you have individuals who have put in the training and range time to intelligently carry a gun legally. As a suburbanite that entertains himself in the burbs that does not have the skills required to carry a gun I don't, but like knowing others are. Fact of life when a black enters an establishment in my part of town eyes are on them, right or wrong. Black culture and their form of gun control has created this situation.

@8:58, some places in OP are ok but Leawood is for the rich white people that live there. We live in Lees Summit and go sometimes to shop and eat at Town Center. We always feel out of our place and the people look down there nose at you. And there are cops and security everywhere.

I disagree. Local media are always displaying the faces of the negro shooters. That way, we humans know which animals to avoid!

At least they're honest. You, Tony? Not so much. The negro issue is an issue you tend to avoid, or delete comments when intelligent people try to start a discussion about real solutions.

Hi there above poster , white people from Leawood here , my friends and family love going to Lee's Summit and Blue Springs to party on and have a good time , always been fun and never seen criminals or had any problems ! Not everyone in Leawood are power dick heads , there are a few , never let those few azzholes bother you or prevent you guys from hanging out with the normal people in the Golden Ghettos! Peace and blessings , and yes , slot of us conceal carry or open carry , coolio ??

Been to P&L once. Good that they have metal detectors to get inside. Don't need to pack heat if thugs can't come in packing heat. Problem is when you leave on way to car you are un-armed in killa shitty. Went once I'll never go back. Plenty to do in the golden ghetto where you probably don't need to pack but can just for good measure. Only a fool would come out there and do any sidewinder shooting with all the well armed and well trained citizens. Just go to the range sometime and see who is honing their skills.

7:08 Black Folk dont snitch period, and while they shop at Aldes and can only afford Ramen noodles after they sold their food stamps to buy crack and weed, that 25K reward isnt motivation enough for them to snich, (snitches get stitches or worse) but they will gladly call a ambulance for a toothache because a UBER or LYFT ride to the HOSTpital would mean they would have to spend their Rent A Center money and no nigga gonna part wit da big screen. Naaaw mean? Bang bang bitches!

Hi there , agree with you 10:52 , been to the P & L Area times ,, never going there or to Plaza again ! Too many groups of inner city youth scholar type hanging out in groups . Following us to our cars and yelling and cussing at us . Driving away from those threats was a relief , much safer out in the Golden Ghettos of Over Park and Leewood , many cops abound and many normal people that concealed carry permit and open carrying , very safe and family friendly for all !¡!¡!

11:34, while I appreciate your civic pride, must you encourage the great unwashed to come to the so called “golden ghetto?” Anytime a certain destination becomes popular with a lot of people, the wrong element invades soon after. Let’s not roll out the red carpet, ok?

Great point 11:52 !! I thinking that the message is come out here , it's very safe for you , your family and friends , gang bangers, thugs and inner city youth groups are not welcome because you have nothing to offer and if you cause any problems , you will be arrested , or worse .

Tony forgot to add Walmart parking lots to the list of dangerous areas. I noticed today's Raymore Walmart shooting has been segregated to it's own separate (but I'm sure equal) post. Keep the rednecks focused on the inner city koloreds and forget what happens in areas like Raymore, Raytown and Independence.

Before the Golden Ghetto is anointed as a safe space, remember there have been 2 shootings at Oak Park Mall this year. There was the shooting at Austins in Olathe. There was the OP Jewish Community Center shooting. Kansas passed conceal carry with no licencing requirements to flood the areas outside of KC with guns and we now have road rage shootings too.

Gun violence is a national problem. Mock or ignore at your own risk.

For the safe places to hang out, I'd recommend Prairie Fire. Shit ain't cheap, but feels safe. You get some bros and their hoes being loud walking down the sidewalk, but that's pretty rare. Mostly families then the slightly rowdier italian bowling crowd later.

917 has a point. For example, all the JoCo incidents mentioned in 1238’s comment were diversity related. Even though liberals don’t like to hear it, most people prefer to be surrounded by their own type. Even Pelosi’s neighbors are crowdfunding to fight a proposed homeless shelter in their neighborhood. We’re all humans, yes. But a panther and a tabby are both feline, yet it doesn’t mean they live well together.

^^^ Oh yes, what an excellent point - condemn race mixing as the problem and advocate for segregation and apartheid.

Go back to the rock you crawled out from under.

Sorry you’re pouty 432, but we didn’t have all the problems of today when things were “separate but equal.” People who don’t mind a mutt’s pedigree can cavort with each other all they want, but the rest of us shouldn’t have diversity forced upon us.

^^^ Today's GOP people. Minorities are "mutts". Racist and proud of it.

The entire party needs to be purged at the polls.