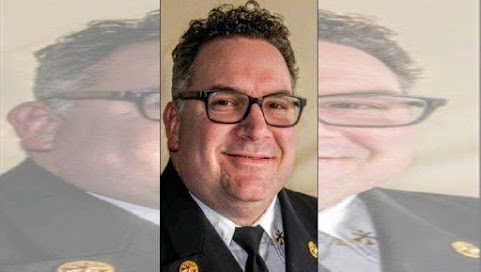 As always, let's not forget that the KCFD can get worse than a sewing circle and their leadership isn't accountable to newsies, elected officials or police.

However, here's a bit of hot talk we heard last night, checked out and heard again a few moments ago . . .

LOOK FOR THE FORMER KCFD HONCHO TO PUT IN JUST A BIT OF WORK ALONGSIDE SOME OF HIS STRONGEST SUPPORTERS IN THE CITY MANAGER'S OFFICE!!!

As the fate of his job hangs in the balance, it seems that City Manger Troy needs as many friends as he can get and FD factions who remain loyal to the departing Chief can rest assured that they still have a voice at 12th & Oak whilst the bitter union feud to pick the next honcho persists . . .

don't think there has been a fd chief that has really left voluntarily in 40 years. why should this guy be any different?

Did Wickham James approve this?

Nothing particularly new here.
Ina town of over 460,000people, KCMO government continues to operate as though there is a population of only around 300.
The little band of friends and insiders looking out for each other and floating from one taxpayer-funded "job" to the next.
What's Justus doing these days?
Surely there must be a cushy six-figure spot for her somewhere.
Same tired old names.
Same pitiful results for the public.
Sad.


That guy seems kinda fat, can he climb a ladder and put out a fire?

He can’t even hose down a homeless freezing old bum. He probably is able to sell guns to hood rat felons, though.

Silly me, I must have missed out on the golden parachute giveaway at City Hall.

I thought City jobs had to be listed and published for candidates to apply? I didn't see this job posted anywhere. How exactly did that work?

^^^ Good point, Sly gave Troy far too much leeway. It's time to reign him in or part company.

Jeff is my fav character on Curb Your Enthusiasm

What about the local 42 union prez facing assault charges? Convenient time to get rid of a fair and honest Chief?

Troy Schulte is the nexus of the city’s problems .. the bad real estate deals, the crumbling infrastructure, the high water bills and lack of police officers. Get rid of him!!

The voting public has no idea the span of control the city manager exercises in regard to personnel.

^^^ The voting public apparently has no idea of how CORRUPT the local government is here! They think the Fire Dept is the almighty hero hero club and the police department is one of the best in the nation. KCMO is a true joke, and the lazy uniformed, non proactive voters in KCMO get what they deserve as long as they put up with this stupid shit.