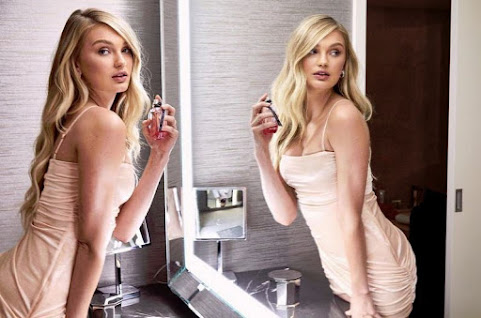 A quick peek at the pop culture discourse . . .

Inside Hook: Victoria’s Secret Can Still Clean Up Their Image, But Should They Even Bother?

Closer to home, here are the news links that dominate our morning . ..


Crash shuts down traffic on I-35, Front St.

NORTH KANSAS CITY, MO (KCTV) -- Crews responded to a wreck on Interstate 35 and Front Street Tuesday morning. There is no word on injuries, but an SUV took a heavy amount of damage. A person was also seen coming from the scene. KCTV5 has reached out to officials but has not heard back yet.

KANSAS CITY, Mo. - Just three days before the start of school, Blue Valley School District officials are trying to fight a virus on the district's network. A school official told 41 Action News the malware infected the district's system on Friday. It was likely because of a link someone within the district clicked on.

Americans may just be wrapping up their summer vacations, but retailers are gearing up for the holiday shopping season - and you may need to as well. David French, Senior Vice President of Government Relations and the Executive Director of the National Retail Federation, says an additional $300 billion in Chinese goods is set to be slapped with a 10 % tariff September 1.

The Kansas City-based engineering and design firm is providing a range of services for construction of a Space Battalion Readiness Center in Colorado.

Tyson Fresh Meats plans to reopen the Holcomb, Kansas, beef packing plant partially destroyed by a weekend fire - it's just not sure when. Tyson said in a news release that it will recruit some employees to rebuild the plant, which processes about 5% of the country's cattle.


Typical summer day ahead for Tuesday

Hide Transcript Show Transcript SEE THAT COMING? NICK: GLAD NOBODY WAS HURT. FIRST ALERT RADAR, WE ARE CLEAR WITH JUST A COUPLE OF SHOWERS NORTH AND WEST OF LAWRENCE HEADING IN YOUR DIRECTION. YOU MIGHT GET THE BRIEFEST OF SHOWERS THIS MORNING. WE ARE CLEAR INSIDE THE 435 LOOP .

Where the roar of the crowds is so great no one hears the sound of taxpayer money being flushed down the toilet.

The only people complaining about Victoria secrets is lazy fat people and lesbos, actually some queers too, screw all you people, I like normal thin beautiful women, everyone else is disgusting!

If you're actually worried about the cost of Xmas because of China, you are truly a deplorable nitwit.

Older couple murder-suicide because they can't afford required medical care and we are working on a space-force command center....living in Wonderland.

^^^^ Not enough big Corporations make enough money out of keeping old people alive after the Doctors and Drug Pushers have sucked away their cash, that's all.

Let them die off, that way their kids might inherit enough for the down payment on the next generation Cell Phone.

Yeah, Missouri. Fat chicks with tattoos. Everywhere. I seen it.