Roundup of today's drama at yet another failing taxpayer subsidized entertainment district . . .

Police say they were called to the Country Inn & Suites shortly before 10 a.m. after a report that a man had said he killed his wife, although police cannot confirm whether he committed a crime.

Police found the man near State Avenue and Village West Parkway. Police spokesman Officer Jonathon Westbrook said officers engaged with the suspect and the man pulled a rifle from the trunk of his car and fired at them.

Police fired back, killing the man. No police or bystanders were injured. 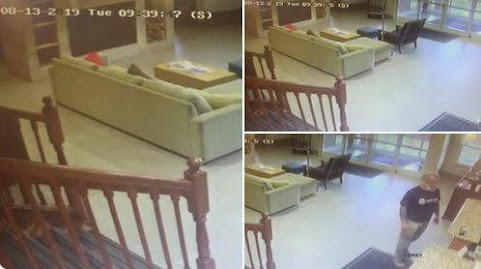 "KCTV5 News has learned the suspect has been identified as Charles Pearson."

FOX4's investigative team found a mugshot of Pearson and showed the witness, who said there was no doubt he was the man police shot and killed. Pearson told a hotel manager before the shootout that he killed his wife, was dangerous and that the manager needed to call police. Then the witness said he went out to a red Maserati and peeled out of the parking lot.

KCUR: One Man Killed After Shootout With Kansas City, Kansas, Police Near The Legends Shopping Center

Better title: Looks like suicide by cop today in KCK.

Probably found out his property tax hearing won't be till next year.

Right Tony,
The fact that this happened at a “taxpayers subsidized entertainment district”, makes this incident much worse.
Otherwise, this wouldn’t nearly be as big a deal as it is.

Is it just too bad that these kinds of things like El Paso can’t happen at places like?:
Power and light district
The plaza
Mizzou or UMKC
Some downtown loft
A MoDOT office
A Royals or Chiefs game

I know that’s what a bunch of your brain did Kool-Aid drinking readers secretly wish and hope for.

You are one sick puppy. No one even thinks that shit except mass murderers. God I hope they catch you before you do it.

The KCK police needs to school the KCMOPD on how things are done.

Looks like another deranged white guy making terrorist threats. That seems like a trend to me. Probably a Trump supporter.

I'm not a lib. Actually very grateful to the brave officers of the KCK Police Department for saving the public.

Nice racism and spin. You are aware the El Paso shooter was a progressive leftist? Ah, what the hell. Who needs facts when you've got propaganda?

El Paso shooter was a Trump lover, racist against Mexicans who was against the "invasion" Get your russian shit off of this blog. You will lose in 2020. And you can't steal the election like you did in 2016!

4:38, when did it begin to sting that Tony was getting more attention than you ever will?

What did this guy have on Hillary?

And yet he was a full-on Trumpkin. Weird.

If/when they find the guy's wife's body in Cass County body I guess the fully qualifies as suicide by cop which is troubling. Means that any idiot who wants to kill themselves thinks of a mass shooting as a means of dying too.

Do the world a favor, don't kill innocent people.

You really have to thank the Kansas City, Kansas police on this one. They kept a lot of people very safe by doing this guy a favor.

I love it! Your Trump Derangement is at clinical levels. But you're wrong on all counts.

2. 'Russian shit'. As has been well established, the meme of Russian Bots is mostly used to explain away dissent on social platforms, and is pretty hilarious. You're an adult with imaginary bogeymen. And there is still no collusion. Sucks for you.

3. Trump stole the election by getting more votes. Amazing how that works. Are you concerned about Hillary actually stealing the nomination from Sanders, which actually happened in reality and everything? I'm guessing not.

Please get back on your meds and be informed before commenting. Kthxbye

And you obviously haven't read his manifesto but comment anyway. SO FREAKING ODD.

Nutball should have used that Maserati as intended and took the KCK cops for the mother of all KC car chases.

5:21 sounds like a faggot Democrat, probably not getting to suck enough dick.

^^^Dound like you know what that’s like. No wonder I’m fucking your wife. Come on out Nancy, it gets better!

Might have been pissed off about his water and electric bill. And the pothole that just cost him $2000 in repairs.

Aaah the wonderful assault rifle in the hands of civilians. Gotta love America for that.

I'll tell you this, it's a shame that so many use every shooting for their own political gain.

I just want to help said...

Cue ball creep with big gun scared the Legends so KCK police put him down.

4:38 I have taken the liberty of reporting your post to the police...a least a record will be made.

Is the Maserati OK?

Another war veteran gone crazy. This is why we need to advocate for more mental health care services for our troops. This is a guy who obviously needed somebody to talk to or some help. I'm glad nobody was hurt but the life lost is a shame and should be one more example of the work we have to do in REALY supporting our soldiers.

5:21 - keep dreaming, when Trump wins a deserving 2nd term, maybe you Far leftist fucks should just find another country to live in, that is if they will take you!, I hear Mexico has room for ya since a huge part of their population moved here Illegaly, Move to Mexico loser, and soon we will be sending you new neighbors for ya once we under Trump, get this immigration problem of illegals coming into the UNITED STATES OF AMERICA fixed, its coming soon to a far left gay bar near you!

4:57 he was black and so is his missing wife so..... demoncrap snaps again

Thank God, he didn't elude the popos, and risk harming others . Some of my family live near Piper and some friends work in west Dotte. Big ups, KCKPD!

I suppose dipshits like you want to get rid of the electoral college so he doesn’t win again.

That probably won't be necessary.