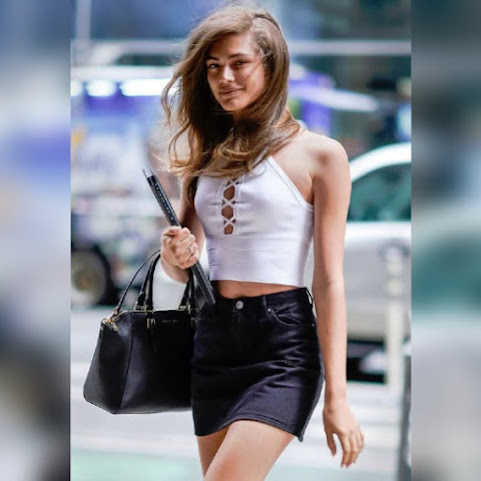 Pop culture switcheroo makes international news regarding the evolution of the panty game . . .

Closer to home, here are some of the somewhat nicer news links we're checking right now . . .

While it won't garner the widespread attention of a mid-term or presidential election year, 2019 elections in the Kansas City area will feature several important races and issues on the ballot. Aug. 6 is primary day in Kansas for municipal elections, where the top vote-getters will advance to the general election in November.


Construction traffic at Arrowhead: What fans can expect at Chiefs games until 2020

Matt Killion, a Missouri Department of Transportation engineer, describes some of the measures being taken to accommodate traffic during upcoming Chiefs games at Arrowhead Stadium. Fans headed to Arrowhead Stadium during football season will need to have a game plan to deal with traffic and construction at the interchange of Interstates 70 and 435, officials said Tuesday.

KANSAS CITY, MO (KCTV) -- A solar boom in the United States could reach its peak by the end of 2019, due to a combination of improved technology and an expiring federal subsidy. According to the Bureau of Labor Statistics, the fastest-growing profession in the United States is solar panel installer.

@salvadorp13 SOURCE: @salvadorp13 Kansas City Royals catcher Salvador Perez took a big step in his road to recovery after ulnar collateral ligament damage sidelined him for the entire 2019 season.On Perez's Instagram account, he posted a video of him playing catch with Royals training staff looking on.

KANSAS CITY, MO (KCTV) -- It's three times the cuteness on Tiger Trail. The red pandas of the Kansas City Zoo are parents. Randy and Kate welcomed three cubs on July 11 although these youngsters will stay in the nest box for a few months.

Eight feet under the streets of Kansas City, hundreds of miles of sewer lines are the veins keeping water running and toilets flushing across the city. Andy Shively, Special Assistant City Manager for the city of Kansas City, heads up a massive 4-point-5 billion dollar dollar project to make the city's sewer system smart.

We'll have a break from rain on Saturday

Men such as trannys and crossdressers along with your normal freaks have been buying panties at Victoria's Secret for years. Old flame use to work there and told me all sort of funny weird stories about guys buying panties for themselves but trying to make you think it was for a woman instead. She claims they were so easy to spot.

Katie is hot and steamy. Love to be her toy.

If the sewer system is so smart it should not be failing.

4.5 billion dollar dollars down the drain should be the title.

The article actually states that KC crews were there, not Leawood.

Get the basics right.

So never judge a book by its cover
Or who you gonna love by your lover
Love put me wise to her love in disguise
She had the body of a Venus
Lord, imagine my surprise