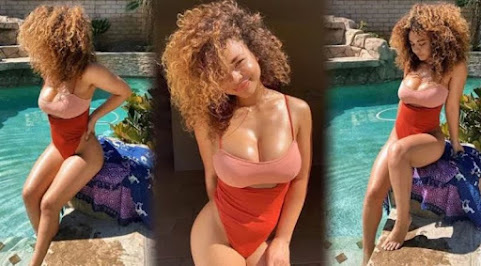 Allure: How Crystal Westbrooks Went From Posting Pictures on Tumblr to Being a Reality TV Star

SoHH: Model Crystal WestBrooks wants people to love themselves. The vixen went to Instagram this week with a clip urging fans to accept their flaws and own up to who they are.

Closer to home, we drive right into these somewhat nicer local news links:

KANSAS CITY, Mo. - Charlie Hoopers' Bar and Grille announced that they plan to reopen on Friday at 11 a.m. The restaurant has been closed since June 16 when a and caused damage to the building. Patrons were evacuated during the fire, but no one was injured.

KANSAS CITY, Mo. -- Kansas City Power & Light have announced the merger with Westar will culminate soon under a new name - Evergy. KCP&L said the reintroduction will take place in October, 2019 in a Facebook post, but the post didn't specify a date. "We can't wait to reintroduce ourselves," the post states.

KANSAS CITY, Mo. - So far, the Board of Equalization has received 13,158 property assessment appeals from Jackson County property owners. More appeals are expected to come in after the deadline was extended to The North-East branch of the Kansas City Public Library is one of several places offering assistance.

The on-air formula is as simple as the Startup Hustle podcast's name: Match innovative personalities with compelling startup topics, said Matt DeCoursey, as the guest list count for the popular podcast now soars past 150.

The new season of "Queer Eye" has become must-watch television for many Kansas Citians.When Tan France, the resident style guru from the Netflix smash hit, wanted a unique selection of clothing that was "sexy yet elegant" in Kansas City, he made a beeline to Halls.


Here's what it takes to maintain two iconic KC lawns

If you think mowing your own lawn is a pain, imagine maintaining a Kansas City icon - or two. In Kansas City, many could see a picture of these two iconic places and name them instantly: the Nelson-Atkins Museum of Art and the National WWI Museum and Memorial.

Kansas City's world-renowned performance group Quixotic is setting up shop for a spectacular show this fall at Crown Center.The performance group, branded an "innovative circus ensemble" by The New York Times, is bringing "Sensatia" home to Kansas City.The group originally created "Sensatia" for the Faena Hotel in Miami, where the show has had a critically acclaimed run for the past two years.Crown Center's American Heartland Theater is being renamed the Quixotic Theater, and Crown Center will have exclusive performance access for the duration of the show's schedule.That show will take stage at 8:30 p.m.

If Lewellen's had insurance on Hoopers, why did they have to have a fundraiser?

I’d screw that Crystal real deep and hard, but she is part colored.

^^Mn dude you scared me there for a minute. I thought you were talking about Crystal Williams.

EVERGY??? KCPL and Westar is as GAY as their new name!! I am sure everyones bill will go up after they donate to the Einsteins of the Green New Deal!